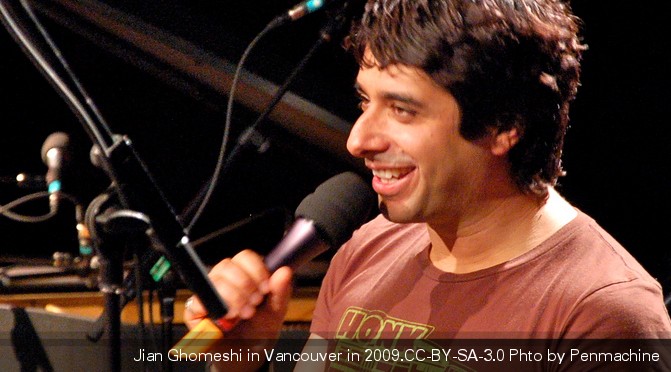 Canadian talk radio star Jian Ghomeshi is known for his social activism. In college, Ghomeshi ran for student government on a feminist platform of “battling sexism and racism on campus.” What drew him to these causes? According to fellow student Chris Lawson, the motivation was simple: being a left-wing activist made it easier “to f–k women.” If the slew of allegations that surfaced over the past two months are anything to go by, Jian wasn’t always nice about pursuing that goal.

Thus far, eight women have come forward with claims of being groped, hit, choked, or subjected to degrading comments. Some of these individuals worked alongside Ghomeshi on The Q, a progressive radio program with listeners across Canada and the U.S. One staffer said that the host threatened to “hate f–k” her, while another has accused Gomeshi of grinding up against her at the office. Insp. Joanna Beaven-Desjardins of the Toronto Police Service has confirmed that a criminal investigation is underway.

One of the issues Jian Ghomeshi likes to focus on is access to abortion, which isn’t surprising once you think about it. After all, if you despise the woman you’re having sex with, then you’re probably not enthused about raising a child with her. Besides, those monthly support checks aren’t cheap.

These facts are well known in the pick-up artist community. Pick-up artists (PUAs) are men who use manipulation to sleep with as many women as possible. And, when you’re treating women like disposable products, abortion is an important enabler. PUA guru Chateau Heartiste has written about how lax abortion laws are crucial to his lifestyle as they provide men like him with “an open invitation and legal sanction for women to do the dirty work and absolve them of 18 years of imprisonment.”

The website Rsdnation.com caters to this mindset, offering advice on how to “find and sleep with the hot girls you don’t see at the club who just want to get laid!” (If you can read that with straight face then you’ve got more talent than me.) While perusing the site, I came across a forum where PUAs can discuss meaningful subjects, like how to talk someone into having a late-term abortion.

Apparently one of the site’s members discovered he had impregnated a woman some months back and she was now 19 weeks along. Concerned that this child would negatively impact his lifestyle, the gentleman was hoping to have his baby dismembered . Fellow PUAs offered advice on convincing mom to get with the program.

The responses varied. One commentor felt that talking about abortion would be a waste of time when it’s so much easier to just “kick her down the stairs lol.” Interestingly, no one mentioned the potential for emotional damage that this woman might incur from an abortion. Neither did they bring up studies showing that abortion is associated with an elevated risk of suicide. I also didn’t  see any of the evidence compiled by Dr. Kawaljeet Anand at the University of Tennessee. His work suggests that a fetus can  experience pain at 20 weeks and would probably suffer horribly during an abortion. Instead, the most thorough reply was likely the following:

By providing them with a “get out of jail free card,” the abortion industry is enabling manipulative men. Meanwhile, taxpayers are enabling the abortion industry: Planned Parenthood, America’s largest abortion provider, receives over half a billion dollars from the federal government every year. If you’re not happy about that then Live Action wants to help you do something about it. You can find a petition here asking Congress to defund the organization. The site also offers video evidence that Planned Parenthood staff have been willing to protect sex traffickers and cover up abuse.

Chateau Heartiste contends that while pro-abortion feminists might “recoil in horror” from him, they’ve nonetheless “made life easier for guys like me.” Unfortunately, Congress has too. It’s time for pro-lifers to help bring both of those mistakes to an end.