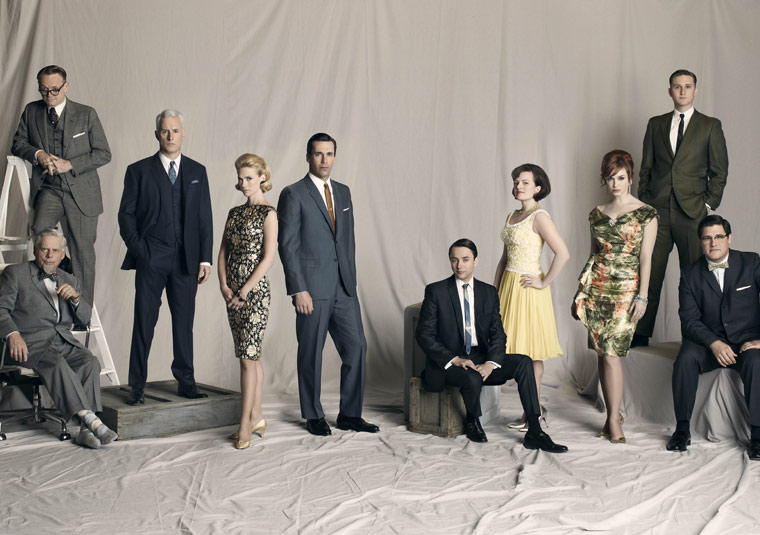 America loves Mad Men. Its plots reach back in history, before cell phones and computer screens, to a time when working at an ad agency meant making the most of briefcases full of paper, easels, and portfolios. The schmoozing is on full-blast as suit-clad men (and a few women) bend all the rules for a chance to gain the next best client. But – unlike similar shows that portray the sixties as ‘the good old days’ – the show doesn’t skimp when it comes to portraying the humanity and sometimes-dire reality of the Mad Men lifestyle. 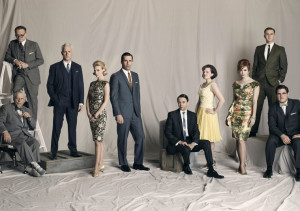 Add that to the life-altering events that surrounded racial integration, a boom in the women’s rights movement, and, of course, the sexual revolution, and you’re in for some stressful plots. Alcohol is a mainstay of life, from morning to night; infidelity has found its way into almost every corner office, and marriages fall apart almost as soon as new ones are kindled. Mad Men may have drawn in its audience with the irresistible appeal of nostalgia, but its raw portrayal of the past doesn’t leave room for rose-colored glasses.

As any accurate portrayal of the sexual revolution should, Mad Men touches on life issues, including abortion. The subject is first broached in season 2, when lead man Don Draper’s wife Betty finds herself unexpectedly pregnant, and not happy about it. In the midst of a tumultuous marriage and preoccupied by the constant demands of keeping up with the Joneses, she confides in her beauty shop friends that it’s not a good time for another baby. She considers abortion as an option, and the subject is quietly discussed with a confidante, but ultimately Betty keeps the child.

The baby seems to spend more time with the nurse than with his mother after he is born (as do the other Draper children), allowing Betty to continue with her former life relatively unencumbered, with the exception of some night feedings which Don seems wholly uninterested in helping with.

Later, in season 4, Joan (Christina Hendricks), the voluptuous office manager at the agency, is at a gynecological appointment and mentions she is concerned about her future fertility and chances of being able to conceive (when she’s ready). She is concerned because, thanks to the promiscuous lifestyle allowed by the growing popularity of artificial birth control, she has had two abortions in the past (which she mentions, but the show’s creator has been quoted saying “We already know she’s had a bunch [of abortions],” so it’s unclear exactly how many there were).

Joan’s string of former abortions, which allowed her to live a promiscuous lifestyle without compromising her career, speak to the reality that came hand-in-hand with the sexual revolution’s “female liberation.” A few episodes later, Joan finds herself pregnant after a fling with her former flame, Roger. Since the child was not fathered by her husband, Joan considers aborting once again. However, she chooses instead to have the baby and hope her husband doesn’t figure out that he was in Vietnam when the child was conceived. The non-abortion is less of a political statement (it seems to be motivated by her age and the fact that she’s now married) than a plot twist in this case. In the words of The Atlantic‘s Eleanor Barkhorn, “Babies advance plotlines, whereas abortions end them.” This couldn’t be truer, and Joan’s baby leads to a plethora of new plot twists.

Mad Men abortion portrayals are apparently not motivated by an underlying desire of the show’s creators to show a bias in one way or the other, but they address the overall problems that followed the sexual revolution and popularity of artificial contraception in succession: infidelity, crisis pregnancies, abortions, and upset relationships. It is never lighthearted moments free of regret that prompt the abortion conversation; rather than the sexual revolution’s promise of female liberation, the promiscuous lifestyle that some sixties women were privy to (and many have since taken up) seems to have been a letdown in the liberation department.

Instead of carefree women, one finds males (like Roger Sterling, Joan’s baby-daddy) proffering money to obtain the “quick fix” abortion to go on with his life unencumbered. Maybe the sexual revolution and abortion were liberating, but Mad Men makes one thing clear at the end of the day: it was uncaring men who were liberated by it– not children, and certainly not women.