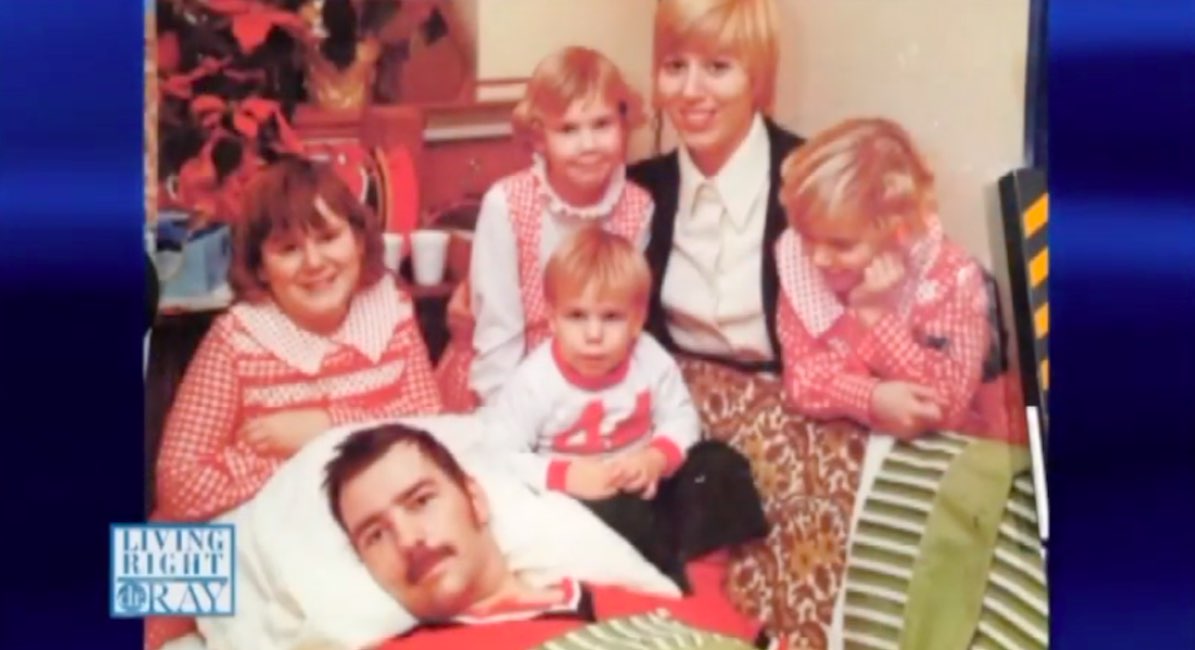 Our current culture embraces assisted suicide as the appropriate response when someone is no longer considered “useful” to society. But usefulness, it turns out, is an inadequate measure of a person’s value. Mary Lou Beers and her husband Jim were married in 1964, just after she had open heart surgery. Their marriage would go on to become one of extraordinary suffering and extraordinary love.

On Catholic psychologist Dr. Ray Guarendi’s show, “Living Right with Dr. Ray,” in 2018, Mary Lou said that seven years and four children into her marriage to Jim, a “wonderful man,” he suffered a stroke.

“He was 30 years old and he suffered a massive stroke. He would never walk again, he would never talk, never be able to chew or swallow or close his own eyes or dress himself,” she said. “Those beginning days at a hospital, I kept hearing the words, ‘there’s no hope. there’s no hope. there’s no hope’…. But there was something about his eyes when I would walk into that room. I knew he wasn’t in a coma. They might tell me that he was in a coma but he would look at me with those big brown eyes like ‘help me.’ And even though his whole body was paralyzed and unable to breathe [on his own], there was something about those eyes. And so I stayed 12 hours a day by his side, I prayed with him, I sang to him.” She joked, “One day I was so desperate I brought the [hospital] bills [as if to say] I’ll shock you out of a coma!”

She recalled that after 90 days of no major change in Jim’s condition, someone suggested that she file for divorce to put herself in a better financial situation due to Medicaid regulations at the time. She went into her husband’s hospital room, distraught, and said, “Jim, I can’t do this anymore. I give up. I just can’t do this. I’m here every day. If you know it’s me, just wiggle a toe. Blink your eyes. Do anything, Jim!”

She saw the faintest wiggle from his right thumb. That wiggle caused an emotional avalanche as Mary Lou realized that though physically paralyzed, Jim was completely cognitively intact. She asked him to wiggle his thumb as many times as the number of children he had. Right away, he wiggled his thumb four times.

A teacher by training, Mary Lou said all the letters of the alphabet, and Jim would move his thumb when she got to the right letter in the word he was trying to spell. His first word that day was “breakfast.” He had not had any oral intake in 90 days. Mary Lou was ecstatic.

She told Dr. Ray that for “the next 33 years, spelling was our main way of communication.” Jim eventually got full use of his thumb back, and though time-intensive, the spelling system gave Jim far more versatility in communicating beyond a basic thumbs up for ‘yes’ and thumbs down for no.’ Mary Lou soon learned, “He heard. He saw. He thought. He felt everything that was going on for those 90 days, but he was unable to express any of it.”

After 18 months in hospitals, Mary Lou defied the naysayers and brought Jim home to live, with four young children ages three to seven at home. Mary Lou became Jim’s 24 hour caregiver for over three decades until his death in 2006.

Mary Lou responded, “Well, 33 years of carrying someone and transferring them has done a little damage to my hip. I have no regrets. I would do every day all over again.”

“I do believe when Jesus says ‘love endures all things,'” Mary Lou said, adding, “There were days when Jim and I would say to each other, ‘we hate strokes, but we love one another.’ It’s ok to hate the disease, but I love you beyond all of that.” Together, they taught their children that “giving of ourselves is very, very important and very vital to who we are – that it’s in giving that we receive.” Through the struggles, Mary Lou and her family learned that “love is loving the person for who God created them to be.”