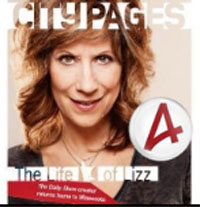 It’s scary what counts as comedy these days. So-called “comedian” and co-creator of The Daily Show, Lizz Winstead has recently released her pro-abortion short film, Smear Campaign. If you wish to see just how offensive abortion advocates can be, in the name of reproductive rights, you can watch it on YouTube.  The 26 minute documentary is also available on the website, A is For. In case you had to think about it, yes, A is about abortion.

A lot of comedians haven’t seemed to get the memo that comedy doesn’t need to be political or offensive. This especially extends to those who consider themselves abortion advocates as well as comedians. (Sarah Silverman, anyone?)

Fortunately, NewsBusters posted about this short film, mentioning some of the lines included, so you don’t have to watch it for yourself. It’s not so surprising that an abortion advocate with such a narrow-minded view of her opponents would say to “go f*ck yourself.” It is a still a shame that we can’t expect more maturity from a 52-year-old woman, however.

What we hear Winstead say about those who oppose abortion is that they are “…the people who are at the height of their agenda who are just anti-sex extremists.” It’s not like we haven’t heard that one before, that pro-lifers apparently hate sex. Fortunately, Secular Pro-Life posted a rather fitting meme in response to their Facebook page.

It is also interesting that Winstead notes that we are “at the height of [our]agenda.” The abortion movement is rightly noticing and concerned over momentum the pro-life movement has had, but we are just getting started.

Winstead continues to lay on the petty insults and assumptions so oft-repeated:

Winstead is asked by an interviewer: “Do you think you can make people laugh who do not share your political views?” She replied: “If you’re somebody in this political landscape who, let’s say, just dismisses science and is a biblical literalist, you probably won’t like me.”

It would almost be comical how much abortion advocates claim that it is the pro-life movement which “dismisses science,” if it didn’t mean that unborn children were regarded as expendable enough to be tortuously killed through abortion. And oh, I won’t get much into the assumption that all pro-lifers are religious (or “a biblical literalist,” as Winstead puts it) lest I sound like a broken record myself.

What’s worse though is this sense of entitlement and control.  Winstead doesn’t care about those who don’t share her political views enough to have a response for them much more substantial than “go f*ck yourself.” It’s ironic that she would quote Elizabeth Warren about not “hav[ing] a seat at the table” when she sees the debate as being so one-sided:

In reference to protester presence at her show (i.e. Pro-lifers), Winstead states while driving in her car, “…anybody who says that they would like to end abortion in this country by removing all access to birth control is somebody who should not be allowed to be at the table and a part of the conversation.”

So are we really “co-opt[ing]” the abortion “narrative” as Winstead claims pro-lifers are? Considering that abortion is still legal in this country, and is only one of four nations to allow for abortion up until birth, that’s not really  accurate. But then there’s also that we “should not be allowed to be at the table and part of the conversation.”
It would seem that only advocates of abortion and birth control, or women who want to speak out positively about their abortions get to be part of this conversation then.
In her post for boingboing.net advertising “Smear Campaign” and A is For, Winstead makes several references of women who felt called to share their experiences:

I had no idea if the essay was even any good, much less if anybody would even care about what had happened to me all those years ago. The response was overwhelming. Women were approaching me to thank me. Women of all ages. Many of them had stories like mine, and they told me I had given them the courage to start sharing theirs as well.
…
One of the things Smear Campaign shows are the stories of women who relied on Planned Parenthood for affordable pap smears, breast exams, birth control and abortions, allowing them to have the security that healthcare would always be an option, and thus ensuring them they would be the ones controlling their own destiny.

Winstead also mentions that one of her goals is  “[t]o fight against the shame and stigma that for too long has been heaped upon women who have had an abortion.” Women who have had abortions need not feel stuck in shame, especially because there is healing and forgiveness to be found.
Abortion advocates like Lizz Winstead like to speak on how they are speaking for Planned Parenthood and speaking for women, and do so by sharing what may be encouraging tidbits as Winstead did. But they don’t create a full narrative and the biggest tragedy of all is how they leave those women who have been hurt by Planned Parenthood and abortion behind.
It is bad (though typical) enough that abortion advocates insult pro-lifers with their immature and assumptions we have heard countless times before. It’s even worse though how they abandon women who have been hurt by abortion because they don’t belong in their “narrative.”