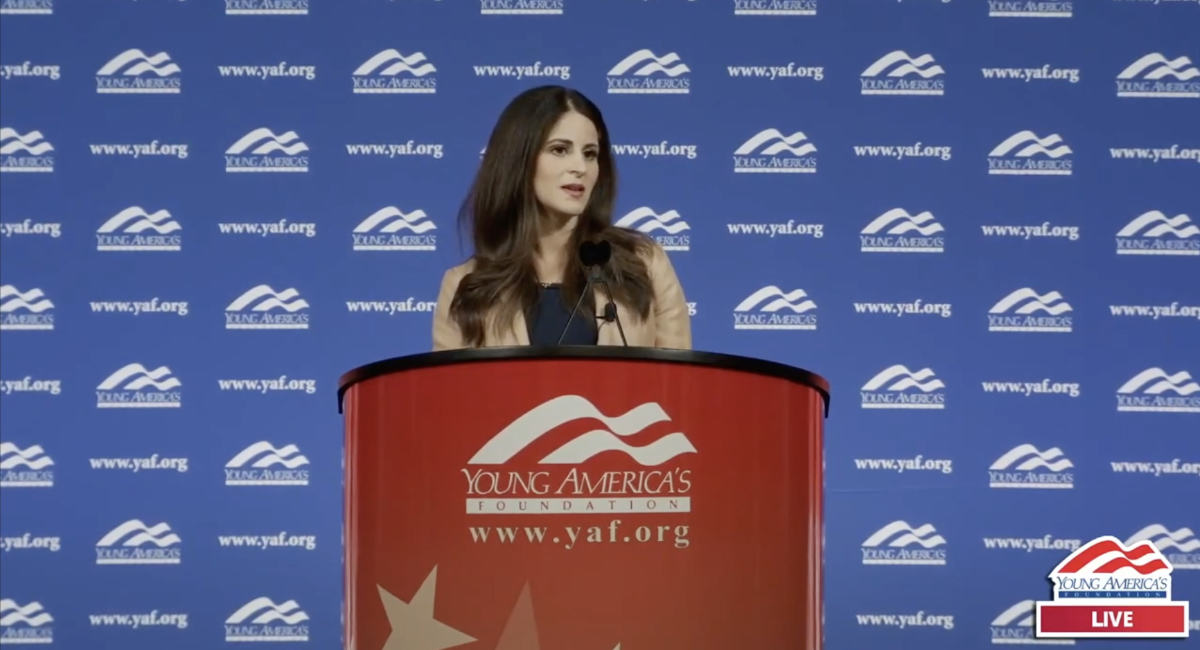 (Campaign Life Coalition) Abortion will “completely” end only when sex is made “great again.” This was one of the powerful messages pro-life activist Lila Rose, founder and president of Live Action, told a group of college students at a conference this week.

“Finally, to love them both [mother and preborn baby], we have to do something else. We have to do something very personal. Something that is not popular to talk about today. Something that is certainly countercultural in many spaces today. And what that is, is we have to change our society’s mindset on sex,” Rose told attendees at the 43rd Annual National Conservative Student Conference that took place in Houston, Texas.

Rose went on to explain what a world would look like that treated sexual relations as a “sacred” act to only take place within marriage for the purpose of love and procreation.

“Imagine what would happen if we only as a society had sex with people we loved and were committed to in a life-long marriage and when we were ready to be parents? What would happen? There would be no need, no even temptation, no question of abortion,” she said.

READ: The nation’s most profitable abortion business is also the main provider of sex ed for children

“Our society looks at sex as recreational, sometimes cheap, as long as there is consent between two adults, that’s enough, do what you please. Again, it’s the individualistic, relativistic message. But we know that that’s not true. Sex is more than that. Sex is about more than recreation. It’s about even more than consent,” she continued.

Rose called it “awesome” and “beautiful” that sexual relations are for the purpose of bringing new life into the world.

“That’s not a negative thing. And yet our society treats it as this gross thing that has to be solved or fixed like some sort of disease – with an abortion,” she said.

The Young America’s Foundation conference at which Rose spoke states on its website that it aims to “educate and inspire college students with the principles of individual freedom, a free-market economy, a strong national defense, and traditional values.” Speakers at the organization’s events have included Ben Shapiro, Mike Pence, Matt Walsh, Rick Santorum, and many more.

Rose started Live Action in 2003 when she was 15 years old with the goal of exposing what abortion does to the preborn child. Three years later, Rose started undercover investigations into the abortion industry. Her organization works today to shift public opinion on the killing of preborn children. Live Action states on its website that it has the largest and most engaged online following in the pro-life movement.

Rose, who is married and expecting her second child, also took to social media this week to spread the message that abortion will end once people start respecting the meaning and purpose of sexual relations.

“Our society says sex is recreational, and not much more. The consequence? Nearly one million abortions each year. If we want a healthy society, we need to change our mindset on sex. Sex is a sacred, life-giving bond. It requires love and responsibility. Degrading it only degrades us,” she tweeted on August 5 in the first of four posts on the subject.

Someone named Heidi then retorted to Rose on social media that “Sex is not always sacred. You don’t get to determine this for others.” Rose responded: “You’re right — sex can be used as a weapon of abuse and violence. But it’s supposed to be sacred – it is beautifully designed for love and life. We are the ones who can desecrate it through lust, selfishness and even violence, harming ourselves and others.”

“Imagine how many abortions would be avoided if we stopped having sex with people we aren’t married to and with whom we aren’t willing to have children with,” Rose added in her final tweet on the subject.

Imagine how many abortions would be avoided if we stopped having sex with people we aren't married to and with whom we aren't willing to have children with.

Leaders in the pro-life movement have long pointed out that distortions regarding the meaning and purpose of sexual relations have resulted in an increase in abortion. Former Planned Parenthood director Abby Johnson has specifically made the case that contraception, which undermines the life-giving potential of the sexual act, increases the abortion rate. It is for this reason that some have argued that the fight against abortion starts with opposing contraception.

Editor’s Note: This article was published at Campaign Life Coalition and is reprinted here with permission.