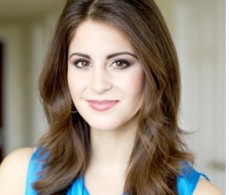 Contrary to President Obama and his administration’s repeated lies that ACA does not fund killing children, the GAO report proves what we have known since even before this extremely unjust bill was forced upon taxpayers.  ObamaCare’s bankrolling of abortion industry leader Planned Parenthood and other abortion centers is the most lethal form of cronyism and political payoffs.  This so-called health care law is not actually about health care; rather, it’s about robbing taxpayers to stock Obama’s abortion ATM, to pay back Planned Parenthood and others in the abortion industry who helped get this tyrant re-elected.

Every year in the United States, there are millions of lives in danger of abortion. Having our government underwrite the killing of the child in the womb through a so-called “health-care” law is not only a human rights abuse against the weakest members of our society, but also a gross violation of the purpose of “health care” for both women and children.