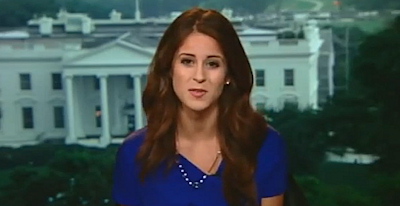 The National Journal released their list of the top 25 Washington women this week, including Live Action’s president, Lila Rose, as the youngest member. This list is a collection of young women who “quickly made their mark in Congress, think tanks, lobby shops, federal agencies, and other venues.”

The National Journal was given a long list of women to choose from after asking their members and readers to pass on names of women through various forms of social media. Getting the list down to 25 “was easier than getting an immigration bill through Congress—but just barely,” the Journal said. 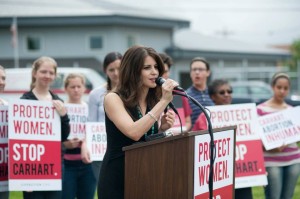 The youngest member of congress, Rep. Tulsi Gabbard, is quoted as saying in the beginning of her career that “[n]aysayers have often said, ‘You’re a nice girl with a bright future, but too young and inexperienced. It’s not your time.’ “

“The women on our list,” the National Journal said, “are proving the naysayers wrong.”

The National Journal attributes Lila’s rise as a national figure, after registering Live Action as a non-profit organization in 2008, to her “outspokenness at antiabortion rallies, her sting investigations of abortion providers, and her social-media presence.” The numbers they included in Lila’s bio are smaller than they should be. In fact, Live Action’s social media presence is so great that the Facebook page has nearly 581,000 fans, Lila’s Facebook page has over 47,000, and her Twitter account has over 25,000 followers. Something interesting to note: Planned Parenthood’s Facebook page has a little over 432,000 fans, and Cecile Richards has just over 11,000.

Lila agrees that this “attention has caught the eye of legislators, pointing to recent legislative actions around the country to limit abortion.”

The National Journal is clear that much is expected of these women, as they are likely to “make an impact in the years to come.” Lila is sure to continue to be one of the most influential pro-life women of our time as this fight for life continues.