Why libertarians should be pro-life - Live Action News 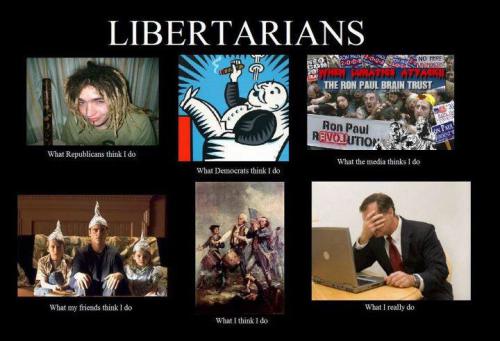 So guess what? I’m a libertarian.

I know, I know. Take a minute. It’s gonna be okay.

I haven’t always had the highest opinion of libertarians, so I’m willing to eat a little bit of crow. But only a little. After all, a lot of self-described libertarians are just begging for contempt by being more or less politically ignorant, but utterly convinced that war is always bad and pot is always good. Also, “end the Fed” for some reason! Ron Paul 2016! Wooo!

All that aside, the beginning of my own political and spiritual self-education began in 2006 when I became pro-life and thought, more or less: “Holy crap. If I was wrong about that, what else am I wrong about?” A humbling experience, to say the least, and one that forced me to look critically at virtually all my long-held beliefs.

It took another four years of seeking, study, discussion, and paying attention for me to finally accept – and admit – that I was no longer what we in America call a liberal, but a conservative. It was the ramming through of ObamaCare into law that put paid to the last lingering vestiges of my leftism.

But if we’re lucky, we never stop learning. Although sometimes I wish I could. It’s kind of exhausting, right?

I seem to be aligning more and more with those who advocate extreme curtailment of government, the idea being that government is a necessary – and perhaps inevitable – evil. Evil being the operative word.

Many writers, thinkers, and politicians, such as sci-fi legends Robert Heinlein and Neal Stephenson; fantasy legend J.K. Rowling (the Harry Potter series, whether Rowling acknowledges it or not, is very libertarian); politicians Rand Paul, Ted Cruz, and in some cases Ron Paul; political philosophers like pro-life libertarian James A. Sadowsky, S.J.; and friends like writer/photographer Robert Jones have been valuable to me on this journey.

I can’t point to one person, book, or idea that tipped my scale in favor of libertarianism. It has been a long and gradual personal path – maybe even a lifelong one. But I do think Randy England’s little book, Free Is Beautiful: Why Catholics should be libertarian may have been the final straw. Having read about this political philosophy from many different angles, when England drew my attention to how it aligned with the Bible, the Catechism, and the teachings of many saints and popes, I realized the value of libertarianism with some finality, even while disagreeing with England on a few points. (Mainly foreign policy and defense – it’s the one place where I tend to disagree with most, but not all, libertarians.)

I am morally aligned with Republicans on almost every social issue – pornography, gay marriage, prostitution, etc. – but find I have begun to disagree with the party establishment on the proper role of government when it comes to these things.

The s0-called “social issue” which is the glaring exception to this rule is abortion. It is not a “victimless crime,” as many argue prostitution, sodomy, and gambling are. All libertarians of all stripes – and in this I include Objectivists, though they might, well, object – should oppose abortion. Anyone who advocates any kind of government, no matter how minimal, should support making abortion a criminal act.

How do I justify this? It’s actually pretty simple.

If you advocate a small government, you must assign it limited goals. What are the most basic reasons for a government to exist? To keep people safe, from outside aggressors and from each other. Objectivism, for example, argues for a “night watchman” government: basically, the military, police, and courts. The military defends the people from outside aggressors, the police arrest and incarcerate criminals, and the courts decide guilt or innocence and hand down sentences, as well as settling civil legal disputes.

I mention the Objectivist ideal to illustrate that even the most bare-bones government would have laws against citizens killing other citizens. Libertarianism, unlike Objectivism, is based largely on the Non-Aggression Principle, which says – to put it very simply – it is morally wrong to initiate aggression. Force is justified only when combating force.

Libertarianism is also firmly based on a belief in personal responsibility. If every man is and should be free to make his own decisions, it follows that every man must own the results of those decisions. Which is to say: if a man and woman have sex, they both accept the risk that a pregnancy might be the result, and accept the obligation to care for the resulting child.

Abortion seeks first and foremost to avoid responsibility. It also violates the Non-Aggression Principle, for what is less an aggressor than an unborn human who came into being through no fault of her own, but due to the decisions of her parents?

The Non-Aggression Principle also applies in cases of pregnancy due to rape, for again, the child had no say in her existence, and one act of aggression (abortion) cannot undo another (rape).

It’s true that a woman sacrifices some liberties when she becomes – and stays – pregnant. But again – in the vast majority of cases, she knowingly and willingly had sexual intercourse, knowing a child might result. If she was too young and ignorant to know such a thing, or if she was raped, the right to life of the innocent child still trumps the temporary sacrifice of some of the mother’s liberties.

Furthermore, the abortion industry is a Statist, crony-corporatist construct if ever there was one. While its CEO makes six figures, “non-profit” Planned Parenthood receives huge grants from the federal government. Where does the federal government get its money? From you and me. And we have no say in the matter. No matter your feelings on Planned Parenthood, the U.S. government is taking money from you and giving it to them, without consulting you about it. That is stealing, no matter how you slice it.

Of course, Planned Parenthood argues none of the federal funds are used for abortion. And I suppose we should take their word for it. I suppose we should also ignore the fact that the more money we give them for not abortion, the more of their own money they have to use for abortion. But this leap of logic is one Planned Parenthood’s supporters seem reluctant to make.

I agree with libertarians that government must be severely limited to its most basic functions. But if government has any function at all, it should be protecting its most innocent citizens from the tyranny of abortion.

While some libertarians agree with me – Libertarians for Life argue eloquently against abortion – the contradictory Libertarian Party platform includes the following:

We … hold that where governments exist, they must not violate the rights of any individual: namely, (1) the right to life – accordingly we support the prohibition of the initiation of physical force against others…

And, a few paragraphs later, the following:

Recognizing that abortion is a sensitive issue and that people can hold good-faith views on all sides, we believe that government should be kept out of the matter, leaving the question to each person for their conscientious consideration.

It’s past time for the Libertarian Party – and all libertarians – to recognize that their official view of abortion makes no sense in relation to their principles and their stated belief in the right to life.

Author’s note: My dear friend Robert Jones, an expert on libertarian and Objectivist views on abortion, was very helpful to me in writing this piece. Any errors that remain are solidly mine.