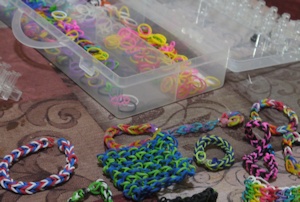 Letter to the editor:

I have always loved Meadow Park Elementary School in Port Charlotte, Florida.  It has great nostalgia for me as I started Kindergarten at that school the year after it was built.  Now all four of my children attend or have attended Meadow Park Elementary School.  It is a great school with amazing teachers!  I have rarely had any issues as a parent with how my children were treated or with parent/school communication, until now.

Things are changing in our society as we stray far, far away from the basics in education, and push “forward” using ideologies I was never exposed to as a child.  As an American, I would say I am of average –to above average intelligence, as are my children.  I say this, because I worked hard later in life to educate myself as to what is really going on in our country and I use every opportunity to teach my own children as I go.  With that being said, Kalei my 11 year old 5th grader, and 23 other children learned a little bit about how socialism works and why capitalism must always precede a socialist takeover.  They also learned it doesn’t matter if you oppose abortion, you will support it one way or another. 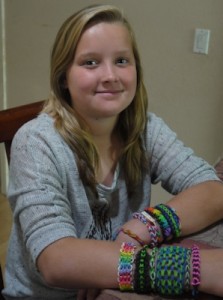 It all began in 2013 shortly before Christmas break (I call it that; our county calls it “winter break.”)  Several of the girls in this advanced 5th grade class were making “bandaloom” bracelets and had an entrepreneurial idea to do it as a fundraiser.  They asked their teacher; Mrs. Finnegan and Mrs. Finnegan took the idea to the Principal of the school, Ms. Mott.   Ms. Mott said it was fine and parents were told by their children to go out and buy “bandaloom kits” so the kids could make the bracelets and sell them to the whole school.  When I asked Kalei, she said it might go towards a field trip, since the regular annual 5th grade trip was at risk of being cancelled due to funding.  The whole class was involved as Mrs. Finnegan asked them for ideas of a non-profit organization the class would like to support with the funds they were to raise.  After the class gave their ideas and they were written on the board, the teacher advised them they would all vote that upcoming Friday.  Then the teacher went to talk to the principal.

Not only did the kids not vote on Friday, they were presented with an alternate idea, suggested to the teacher by Ms. Mott, to donate the funds to the United Way.  The teacher pulled up the United Way website, showed pictures and videos of tragic scenarios and the children’s hearts were all broken and the American Cancer Society and the Animal Welfare League never had a chance.  Those were two of the organizations that the children had suggested which were still written on the board.   Then the children left for Christmas break.

Upon returning from break, the kids were told that they were now raising money for the United Way.  Several wondered, “When did we vote on this?”  One child asked my daughter and she said to him, “we never did!”  Weeks went by and the kids sold $533 worth of “bandaloom bracelets” to students, teachers, and staff at the school.  Ms. Finnegan e-mailed the United Way and told them “we have money for you.”   Then information began to trickle out to the parents that there was going to be a big press release with the local media including the principal, teacher and a school board member.   This is when parents realized what had just happened.  Our children were lied to and robbed and for what?  To support the United Way!!!

After speaking to several irate parents and to get my story straight, I confronted the Vice Principal and later got a phone call from Ms. Asena Mott, the principal of the school.  She tried to tell me that the class reached a “consensus” and that there was no need to vote.  She also said that she didn’t want to teach the kids about voting because [in the real world, a vote doesn’t even count] or something similar to that statement.  She was firm about the kids not having an opportunity to vote since she “didn’t want any hurt feelings.”    I was appalled at the attitude this woman had towards our own American civics.  I informed her that in just two short years the children will be in a Florida mandated civics class and will be learning about it anyway!  She responded that she felt that the kids were too young to learn “it’s a dog eat dog world” out there.  “What?” I thought? The kids just learned about erections last week, and they can’t learn about voting?  This is crazy!

It wasn’t just about denying the children their right to vote, as I have looked into the United Way.  United Way funds Planned Parenthood, the largest abortion provider in the nation.   I educated my daughter Kalei about this fact and made several futile attempts at conveying our religious beliefs to the principal.   Time after time she tried to marginalize our concerns and even tried to tell me that my daughter didn’t really participate that much in the creation of the bracelets or the sales, when Kalei advised me she was responsible for raising $45-$60 in the three days she helped sell them.  When I conveyed that to Ms. Mott, she asked me, “Do you want your money back?”  She seemed intent on missing the point.  She said the money is going to the United Way and that is not going to change.  I still wonder if the fact that the Superintendent of Schools is also a United Way board member has any relevance here.

A couple of days after this conversation, Kalei came home and said they had a vote.  The United Way won.  “Really?” I said.  How did it go?  She whipped out her notebook with her notes and read to me exactly what had happened.   No other information was given about the other organizations the children had suggested, and the United Way was put up on the board.  The United Way won over the Animal Welfare League 12-10.   Several children were talking afterwards and said, “We only voted for the United Way because we knew the teacher had already told them the money was for them.”   They felt powerless and pressured.  What a very sad day for children in America.

Does this sound familiar in our country today?  We work hard for our money only to have someone else come in and tell us what they are going to do with it.  Not only that, we are forced to support abortion even when we don’t want to!  My child learned something alright, she learned that we have to fight for what is right even when our leaders, who we are suppose to trust, use heavy-handed tactics to force us to do the opposite.