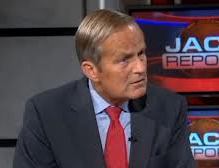 No more stumbling on this issue. We know it will come up.

n the aftermath of the 2012 election, the final results of the Democrat Party’s fraudulent “War on Women” narrative seem mixed – female voters broke strongly for Barack Obama, but the issues liberals stereotyped them as caring about weren’t at the front of their minds in the ballot box.

But one claim seems safe to make: Todd “Shut It Down” Akin and Richard “God Intended” Mourdock played right into pro-aborts’ hands, giving the War on Women juuuust enough plausibility in voters’ minds to at the very least deny the Republican Party two winnable Senate seats, and possibly corrupt popular perception of Republicans generally in the rest of the country.

The horror of rape carries obvious potency in voters’ minds – so much so that fear can outweigh the actual facts of a given political charge – and rape remains a circumstance in which the country is simply unwilling to forbid abortion.

The question is, what do pro-lifers do about it? Do we continue with business as usual, hoping that the culture grows more receptive by the next election? Do we start jettisoning principles in the hopes that it will make more people like us?

Contrary to the temptation doubtlessly creeping into many Republican minds, pro-lifers need not dilute who we are. The United States’ overall instincts and sympathies lean closer to life than death, and even last week, pro-lifers won numerous valuable offices and initiatives. That said, pro-lifers vying for elected office clearly need to give serious thought to how they discuss rape abortions in a way that doesn’t frighten voters who don’t share every implication of their convictions.

Part of that is easy (or at least should be): have the common sense and basic awareness to not say stupid things that you should know your foes love to exploit. That means no pontificating on the mechanics of rape pregnancy. No offhand mentions of women fabricating rape claims. And please, no speculation on the role of divine will in horrific crimes. These may be interesting and worthwhile subjects for discussion in academic forums, Bible studies, etc., but are suicide on the campaign trail. Especially with this election in hindsight, there is no excuse for any competent adult paying attention to not understand this.

The other part may be more contentious, since it concerns the divide between the pro-life movement’s incrementalist and no-exception factions. But by again turning to Abraham Lincoln’s example, let me propose a way of thinking about the question which hopefully can satisfy the former camp’s perception and practicality concerns without abandoning the latter’s regard for children conceived in rape.

We owe it to every unborn child to restore his or her right to life. Our duty is to shape the culture into a world where every abortion is unthinkable. But all missions of this magnitude are multi-generational efforts, and our duty is not necessarily to win the entire war on our own. We picked up where a previous generation left off, and we will eventually have to pass our work to the next one. While we should continue our work to humanize rape victims’ babies on various intellectual, media, and cultural fronts, perhaps our role in the current political front is simply to lay the groundwork of wider understanding and application for the right to life, protecting the babies we can now and making the America our children inherit a place where protecting the rest is a more realistic possibility.

That mission might go a little more smoothly if pro-life candidates resolved to talk like this whenever the question arises:

My fellow Americans, abortion is the human rights crisis of our lifetimes. Modern biology has proven beyond a shadow of a doubt that abortion destroys a unique, priceless human life. Shamefully, we have allowed over fifty million such lives to be extinguished in the years since Roe v. Wade forced abortion on demand upon the nation. I am committed to ending this grave injustice and protecting as many innocent babies as I can.

However, I understand that aspects of this issue are deeply divisive and wrapped in powerful emotions, particularly the plight of women impregnated by rape – women who, after enduring unimaginable pain, find themselves facing additional hardships and choices they never asked for. Our hearts go out them, as does our commitment to help them find healing and to bring their attackers to justice. All of us wish we could help them escape this nightmare, and none of us relishes the thought of forcing them to endure unwanted pregnancies.

But we cannot just ignore their children, who also find themselves powerlessly facing a dangerous crossroad they never asked for. These innocent babies are not their fathers and are not abstractions – they are people just like you and me, like Monica Kelsey, Sherrie Eldridge, Rebecca Kiessling, Wendy Sikes, Jenni Maas, Ryan Bomberger, and Kristi Hofferber. Do they deserve to die for their fathers’ sins?

This is a question that torments many good hearts, but thankfully, it need not keep us from protecting the vast majority of babies not conceived in rape, because unlike my opponent, I believe that abortion policy should be decided by the electorate, not forever dictated by a group of nine. When America’s constitutional order is respected, politicians can do nothing without the consent of the people, and ultimately, what to do about rape abortions will be decided by you, not me – what you tell your elected representatives you’re ready for and will tolerate. And the national mood being what it is on this question, you have no reason to fear that any step you are not ready for will be taken.

My hope is to save as many babies as possible, and my intention is to enact whatever you authorize to that end. I would be happy to sign legislation protecting all babies, but if you instead send me legislation limited to protecting the majority from elective abortions, then that is what I will sign. While our communities continue to grapple with how to care for both raped women and their children, there is no reason we cannot act today to protect the rest of the unborn from destruction.