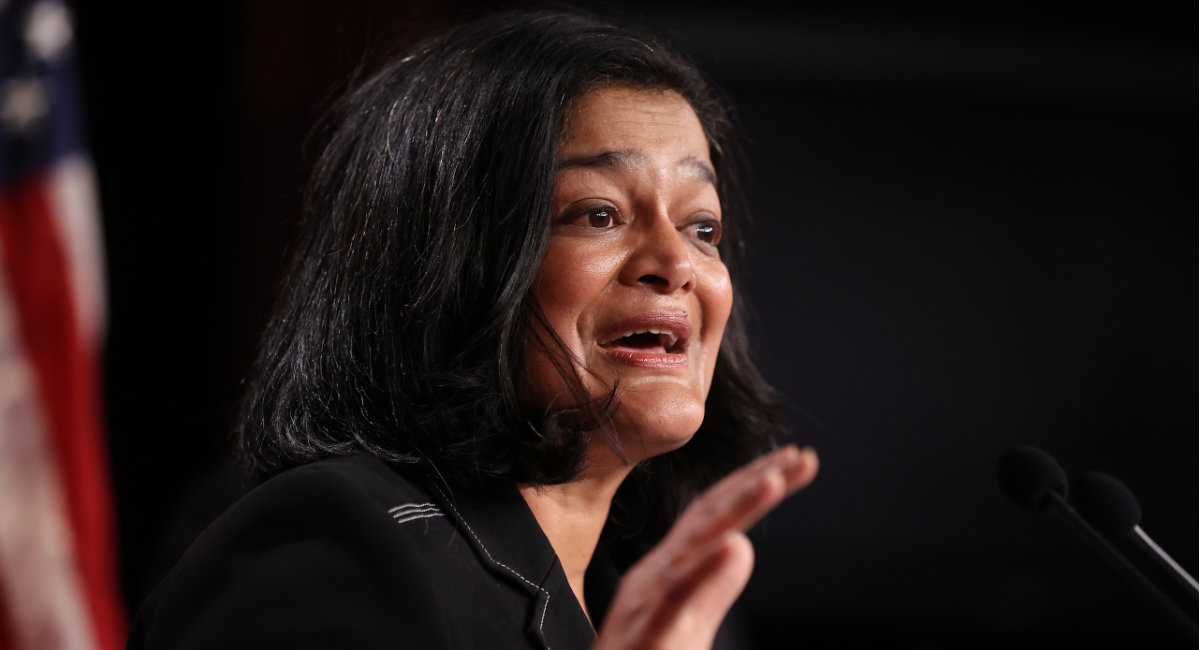 During an interview on CNN’s “State of the Union,” Rep. Pramila Jayapal claimed the Hyde Amendment “is something that the majority of the country does not support.”

For nearly 45 years, the bipartisan amendment, attached to spending bills, has saved over two million lives and prevented federal taxpayers from funding most abortions. Considering that many polls show that most Americans oppose the federal funding of abortion, The Washington Post’s Glenn Kessler expressed skepticism at Jayapal’s claim, awarding it “two Pinocchios.”

As the outlet noted, it seems Jayapal was citing a 2019 poll Hart Research Associates conducted for All* Above All. Kessler pointed out a potential conflict of interest with the poll’s findings, as this advocacy group supports public insurance coverage of abortion. While the poll claimed 62% of Americans favor Medicaid coverage of abortion, with 38% opposed, Kessler noted the complicated phrasing of the poll’s question might have played a part in the results.

Medicaid is the health insurance program for people with low incomes. Under current federal policy, if a woman who is enrolled in Medicaid becomes pregnant, Medicaid will pay for her pregnancy care and childbirth, but Congress currently denies her coverage for the cost of an abortion. Would you favor or oppose enabling a woman enrolled in Medicaid to have all her pregnancy-related healthcare covered by her insurance, including abortion services?

Rebecca Naser, senior vice president at Hart, claimed the long-worded question was necessary due to the public’s “pretty limited understanding of what Medicaid is and what it covers and does not cover as it relates to pregnancy…” Naser did not, however, respond to Kessler’s concerns about whether the poll’s methods had guided participants toward a particular answer.

“We’re often wary of polls commissioned by advocacy groups,” Kessler wrote. “In this case, Jayapal is relying on a poll done for a group that wants more public funding of abortions. The outcome of polls often depends greatly on the framing of questions.”

“But there has been little high-quality independent polling on this issue and it’s possible that attitudes are shifting,” he claimed. “The Ipsos poll from this year asked a straightforward question that resulted in a finding that a slight majority of Americans supported Medicaid funding of abortions — in other words, the end of the Hyde amendment.”

However, according to Kessler, “That result has to be balanced against the many other polls that reached a different conclusion, suggesting the answer is not as clear-cut as Jayapal asserts.”