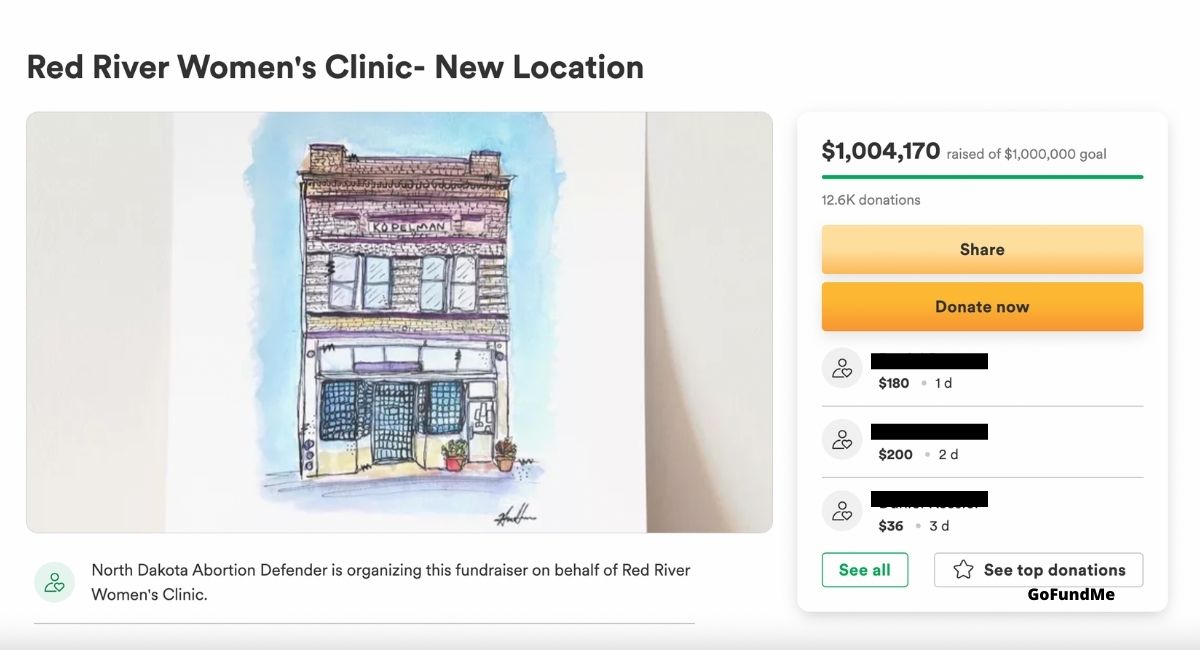 After describing a North Dakota “trigger law” as potentially “forcing patients to remain pregnant against their will” and “preventing them from being able to access abortion care,” the last abortion facility in the state, Red River Women’s Clinic, has secured funding to seamlessly continue its business across the river in Moorhead, Minnesota.

Fueled by the reaction to the Supreme Court’s decision to overturn Roe v. Wade in Dobbs v. Jackson Women’s Health Organization, over 12,000 people donated to a GoFundMe account providing ample resources for the abortion facility’s move. The final donation putting the business over its increased $1 million goal was $15,000 in honor of retired early childhood special education teacher, Jane Hella, who taught generations of children in Fargo. Apparently, she is the matriarch of a family of abortion activists. Her daughter-in-law also made a donation of $2,000. Karen Stoker, ex-wife of Republican North Dakota Gov. Doug Burgum, joined the online donors with a $5,000 gift, alongside a single $32,000 anonymous donation.

The Red River Women’s Clinic primarily provides abortions up to 16 weeks and has been in existence in the downtown Fargo area for 20 years. Tammi Kromenaker, director of the clinic, said “services will continue” across state lines with “no gap in services.” It had previously avoided closure on the eve of North Dakota’s trigger law taking effect when Burleigh County District Judge Bruce Romanick granted a temporary ban to stop enforcement of the pro-life law. North Dakota’s law protecting preborn children, which contains exceptions in the cases of rape, incest, or life of the mother, is now due to take effect on August 26, 2022.

Local pro-lifers have vowed to stymie efforts to open the new clinic in Moorhead and some have already started holding prayer vigils at the proposed site. In a statement to Valley News Live, Minnesota legislator and Executive Director of PLAM Action, Tim Miller, stated, “We are going to be peaceful and show the love of Christ toward everyone, but do not think for a second we will not be bold in our efforts. They cannot succeed in expanding abortion in Minnesota.”