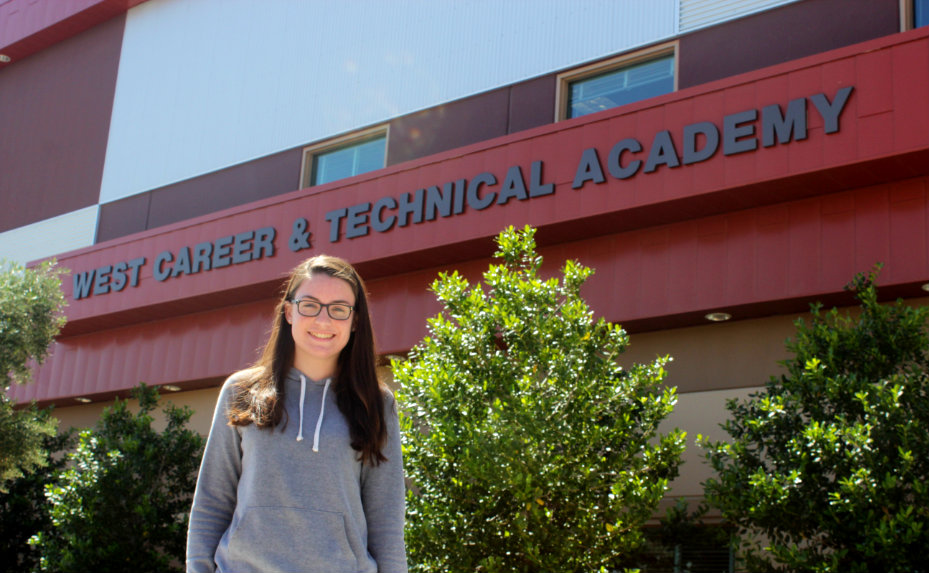 A refusal by West Career and Technical Academy (WCTA), a high school in Las Vegas, Nevada, to allow a student to form a pro-life club has earned the school an F in free speech–and a lawsuit to accompany it.

The school has been ranked as one of America’s Best High Schools, but its continued refusal to allow Angelique Clark to exercise her free speech rights has resulted in a lawsuit, filed by the Thomas More Society on behalf of Clark against WCTA and the Clark County School District. Jocelyn Floyd, Associate Counsel of Thomas More Society, said:

High school administrators should not censor but rather encourage students to exercise their free speech rights. We hope that the court will quickly recognize the illegal and unconstitutional denial of Angelique’s Students for Life club and require West Career and Technical Academy to respect the rights of all its students under both the First Amendment and Equal Access Act.

Clark’s battle goes back to last December when she first applied to start a pro-life club at WCTA.  Her initial application was met with silence until February when  she received word that Assistant Principal Allen Yee had denied her application. After meeting with Yee, Clark says she was given many reasons why the formation of the club was denied, including that abortion was ‘controversial,’ that a pro-life club would make pro-choice people feel left out, and that there were others ‘more qualified’ to speak on the issue than a high school sophomore.”

After the refusal, Clark sought help from  Students for Life of America (SFLA), an organization that supports students in their campus pro-life clubs. SFLA’s attorneys, the Thomas More Society, then sent a demand letter to the school and the district, “challenging the administrators’ denial of the club as a violation of the federal Equal Access Act and the First Amendment to the United States Constitution.  The Society asked for the district to amend its club policies and for the school to approve the Students for Life club, requesting a response by June 1, 2015.”

The demand letter was met with silence, and the whole quest has left the teenager mystified. Clark says:

When I first applied to form a pro-life club, I never imagined I would have to sue my school to be able to exercise my free speech rights. My fellow pro-life students and I simply want to make our voices heard and to educate other students on a topic that’s important to us—choosing life. We hope for a quick resolution that allows us to get the WCTA Pro-Life Club up and running as soon as possible.

Kristan Hawkins, president of Students for Life of America is thankful for the fortitude of the young lady, saying:

We are proud of Angelique for not allowing her school administrators to trample her free speech rights. She is determined to be a voice for the preborn and their mothers, even though she’s been faced with so much resistance. We are thankful for our attorneys at the Thomas More Society who are standing up for Angelique’s right to form a Students for Life club.

The lawsuit, which was filed in the U.S. District Court for the District of Nevada, assisted by local attorney, co-counsel Mark Smith of the Law Offices of Mark R. Smith, P.C., includes a request for a preliminary injunction. It asks the court to “require West Career and Technical Academy to approve Angelique’s club immediately while the lawsuit proceeds toward a permanent resolution.”

Clark’s battle was one of many last year. Students in Fargo, ND, and Iowa also fought to form pro-life clubs with the assistance of Thomas More Society.