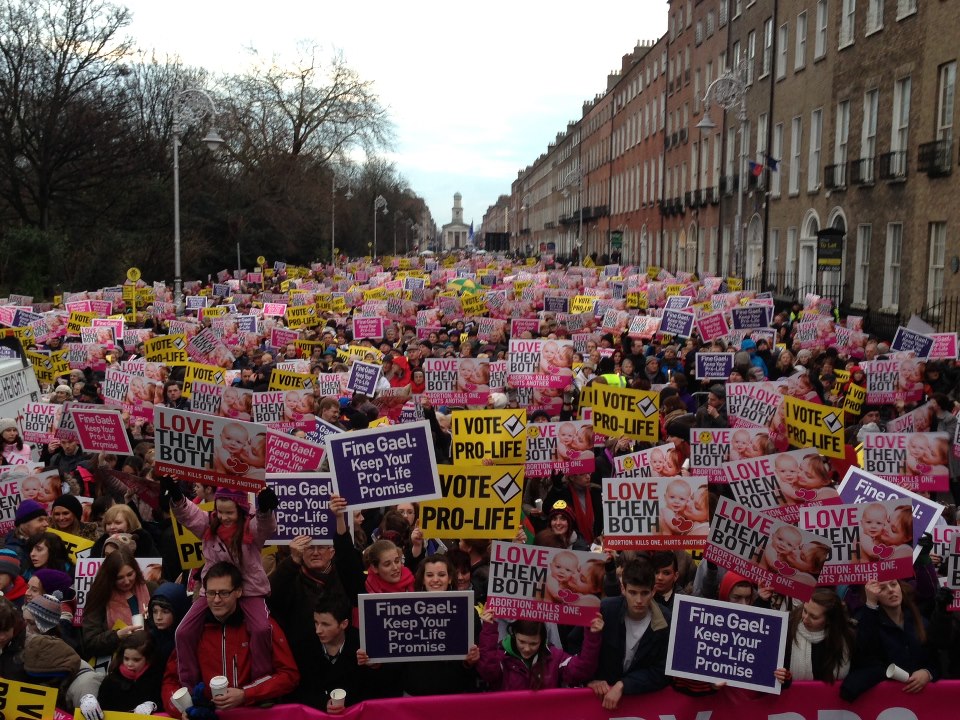 Undaunted by rain, sleet, and cold, upwards of 30,000 pro-life Irish rallied in Dublin to call on the Fine Gael government to keep its promise not to legislate on abortion.

Although the weather was cold, spirits were warm and bright Saturday evening in Merrion Square. The Unite for Life vigil drew busloads of pro-life demonstrators from all corners of the country. As the crowds grew, performers and speakers – including Mickey Harte, the most respected and successful football coach in Ireland – entertained the audience.

By 7pm, police confirmed that at least 30,000 demonstrators were present, making it the largest pro-life rally in Irish history. To put that number in perspective, if this rally were held in a country with the population of the United States, it would be the equivalent of 2,000,000 marchers!

The Irish news media had difficulty ignoring the masses gathered to affirm protection for women and their babies:

The Irish government plans to legislate early this year in order to legalize abortion in some circumstances. Organizers hope that the groundswell of pro-life opposition will deter the Fine Gael government from breaking its promise to the Irish people.