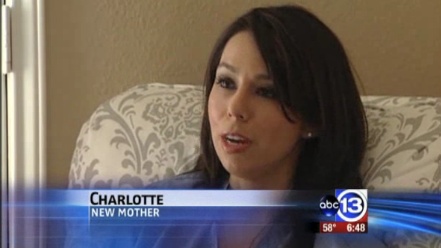 Conceived just to be destroyed.

Houston’s ABC affiliate KTRK presented a nightly news segment this past week touting embryonic biopsies during the in-vitro fertilization process as a way to reduce the occurrence of miscarriages in women. “[N]ow there’s a high-tech procedure to help avoid repeat miscarriages and save parents-to-be from heartbreak,” the broadcast gushes.

The segment featured a woman named Charlotte, who had experienced the hardship of numerous miscarriages following IVF attempts. Then she learned about the possibility of having her fertilized human embryos biopsied before they were implanted into her uterus. The purpose of the biopsy is to check for chromosomal abnormalities in order to predict the viability of the baby if it is implanted. This costs roughly $5,000 extra, on top of the steep price tag of IVF.

While the premise may have been technically true (miscarrying a pregnancy presupposes that the embryo has already been implanted in the mother), it is dangerously misleading. After the embryos are biopsied, only babies considered chromosomally normal and having a good chance of viability are chosen. This is often only one – or none – of the already fertilized embryos. Thus, the biopsy process reduces “miscarriages” only because it prevents existing human embryos from being implanted in the first place.

So what happens to them? They are discarded. According to Dr. Timothy Hickman, “[w]e can actually find the embryos that are chromosomally normal and only transfer the normal ones back.” If we read between the lines, what this means is that the ones who are not deemed “normal” are not transferred back (into their mother). That’s it – they were killed even before having a chance to make it in their mother’s womb.

Maybe this process prevents later miscarriages, but it doesn’t prevent the deaths of numerous human embryos who are conceived just to be destroyed.