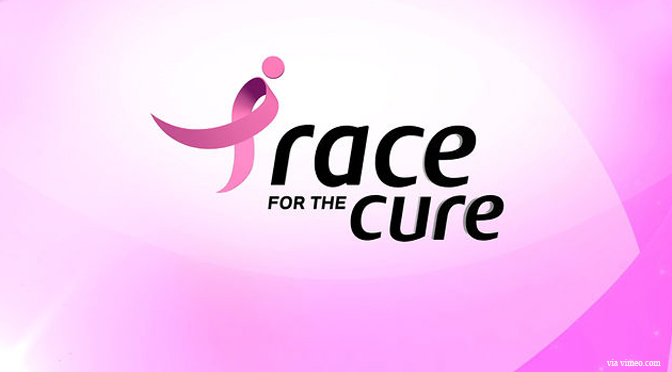 Every October, well-meaning pro-lifers are sucked in by the Susan G. Komen Foundation. They post pink propaganda in support of a noble cause, breast cancer research, heralded by a decidedly ignoble organization. Many of these pro-lifers sign up for Komen’s Race for the Cure, a 5K with over a million people paying to participate. Despite years of press and controversy about this, some still don’t realize that funding Komen is, by proxy, funding abortion.

Komen affiliates gave half a million dollars last year to Planned Parenthood. They said in their most recent statement that these donations are to “fund breast cancer screening and outreach programs” at these abortion clinics. While it’s true that the abortion giant does some basic breast cancer screenings in the form of feeling with the hand for a lump (which is identical to a self-exam a woman can do), Planned Parenthood doesn’t actually do mammograms. And even the few vouchers they give patients to get them at real cancer imaging centers means the woman has to make an intermediary stop at an abortion clinic, then go get the mammogram elsewhere.

If Komen actually cared about reaching women, it would give none of its money to a middle man. That money should go directly to medical clinics where the average woman goes.

And the average woman certainly does not go to Planned Parenthood: Komen says, deflecting its culpability in abortion ties, “Komen does not and never has funded abortion or reproductive services at Planned Parenthood or any grantee.”

Meanwhile, Komen also ignores Planned Parenthood’s contribution to breast cancer. Despite people attempting to disprove the connection between having an abortion and the risk of breast cancer, the evidence is clear. Additionally, what few talk about is the deeply troubling: The World Health Organization has classified oral contraceptives (the birth control pills Planned Parenthood insists every woman should have for free) as a carcinogen, and scientific evidence shows that taking the pill increases the risk of breast cancer. The National Cancer Institute reports:

Naturally occurring estrogen and progesterone have been found to influence the development and growth of some cancers. Because birth control pills contain female hormones, researchers have been interested in determining whether there is any link between these widely used contraceptives and cancer risk.

The results of population studies to examine associations between oral contraceptive use and cancer risk have not always been consistent…. the risks of breast, cervical, and liver cancer appear to be increased.

This evidence comes directly from the World Health Organization, and its classification information of types of cancer caused by certain carcinogens:

WHO list of known carcinogens for particular types of cancer.

The Komen Foundation says it cares about breast cancer cures but then turns around and continues to donate hundreds of thousands of dollars each year to the number one abortion provider in the nation, whose work contributes to breast cancer both through abortion and through its mission of putting free birth control pills in the hand of millions of women.

What an irresponsible use of funding Komen has displayed by donating to the abortion provider. What a betrayal of women it claims to want to help.

Any money given to Planned Parenthood is blood money. You can’t suck a bit of poison and say the rest is good. As for Race for the Cure, it’s one of a myriad of races that benefit charities. Paying big bucks to run 3.1 miles to donate money to a place that supports an abortion provider makes no logical sense.

The Race for the Cure continues to be a race for abortion funding.