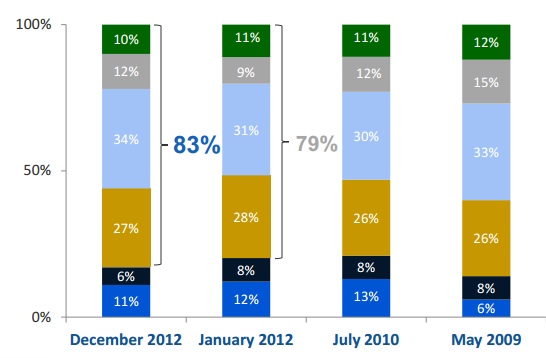 The polling broke down further to show that of the 83%:

Another part of the survey found that 58% Americans believe that abortion is “morally wrong.”

Data from the poll was collected via landline and cell phone from December 4 to 6, 2012. 1,246 adults were surveyed and the poll has a margin of error within +/- 2.8 percentage points.