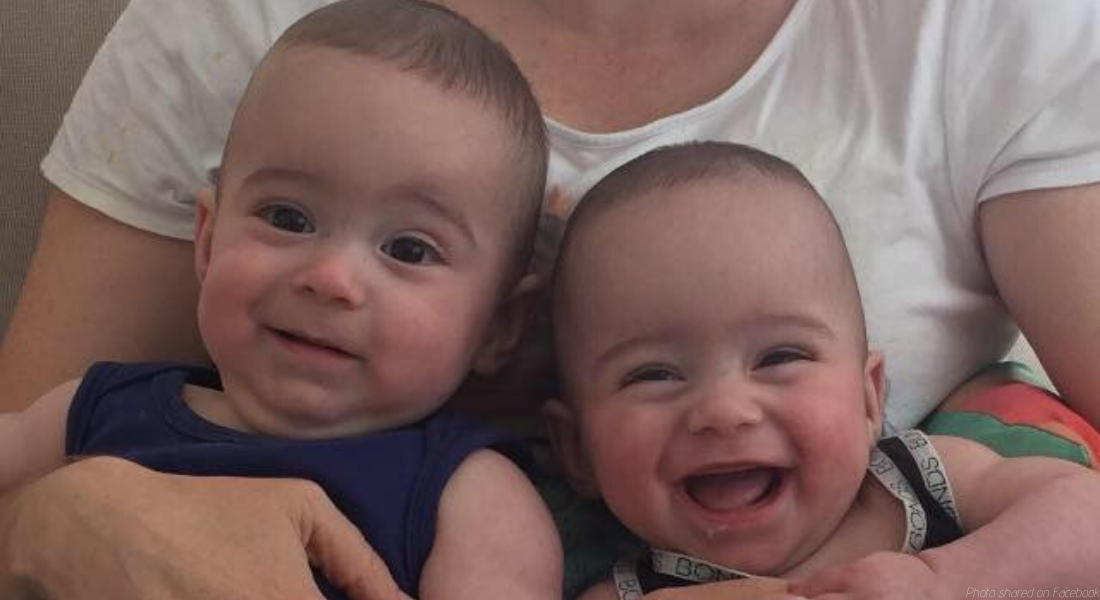 When she was a teenager, Angela Retchless was told she should never become pregnant. But thanks to an incredible gift from her dad, she was able to have the family she had always dreamed of.

Diagnosed with kidney disease at the age of nine, a doctor gave her devastating news as a teenager: it would be too dangerous for her to ever have a child. “I was only 16, but I’d always imagined that one day I’d be a mother,” she wrote for That’s Life!, an Australian magazine. “Glancing over at my mum, Julie, I could tell she was heartbroken for me too.” With her diagnosis, Retchless was told that her kidney function would continue to worsen until she would need to go on dialysis, and eventually, need a transplant. Her father, Leon, promised that he would give her one of his.

At 23, Retchless said she met her future husband Luke and had to break the news to him that she couldn’t have children; though she said he took it well, she knew deep down he wanted a family as she did. And after getting married, she had to deal with the pain of constant questions from people wanting to know when they would have kids. At first, Retchless thought her only option was IVF.

“[I]t was distressing to be asked when I knew the odds were stacked against us,” she said. “About a year after we were married, my doctors gave us the green light to try IVF. Then, my kidney function dropped to 40 per cent. Cross that off the list, I thought, devastated.” A friend offered to be a surrogate for her, but her kidney function was so dangerously low, that even egg retrieval was too dangerous. Meanwhile, she began to feel worse and worse.

“My head throbbed constantly and I woke up exhausted. To make sure I had enough energy to go to work on a Monday, I’d have to spend all Sunday resting,” she wrote. “‘If you don’t get a transplant, you’ll be on dialysis by the end of the year,’ my specialist said.”

But then, her dad stuck to his promise to give her a kidney — and even better, he was a perfect match.

“The 12-month recovery was tough. But almost instantly, with Dad’s kidney inside me, I felt better,” she said. “Before, I didn’t have the energy to go to the gym at all – now I was working out four times a week! And Luke and I were able to go on lovely weekends away.”

After she began feeling better, she and her husband decided to try IVF. But she needed to take a pregnancy test before they could get started. “What?! I thought, shocked, as two pink lines appeared,” she wrote. “That can’t be right, I decided, going outside to hang up some washing. Walking back inside, I half expected the lines to have disappeared. But they hadn’t.”

When she broke the news to her husband, it was an understandably emotional moment. “I was bawling,” she recalled. “‘Are you okay?’ he asked, worried. ‘I’ve got a baby in my belly!’ I sobbed even harder. Doing two more tests, together, both came up positive too! After eight years of trying, we’d fallen pregnant naturally.”

But that wasn’t the only surprise for the happy couple. At 13 weeks, she had an ultrasound and found out even more exciting news.

“As the sonographer slid the wand over my belly, I could see two little moon-like shapes on the screen,” she said. “‘There’s two, isn’t there?’ I asked. ‘Yes, you’re having twins,’ she said.” Doctors made sure to monitor her carefully, and Retchless said she had a “dream pregnancy.”

At 31 weeks, she successfully gave birth to her twin boys, Wyatt and Morgan. Each weighing less than four pounds, they were premature but still healthy. “[T]hey were tiny but perfect,” Retchless said. The twins are now three years old, and “best of mates.” And she said she will always be thankful for the gift her dad gave her.

“Each year on our transplant anniversary, Dad and I have a special outing for coffee and cake to celebrate,” she said. “I’ll never stop thanking Dad for the gift he gave me. Without his kidney, my body wouldn’t have been able to sustain a pregnancy. He gave Luke and me our beautiful twins!”