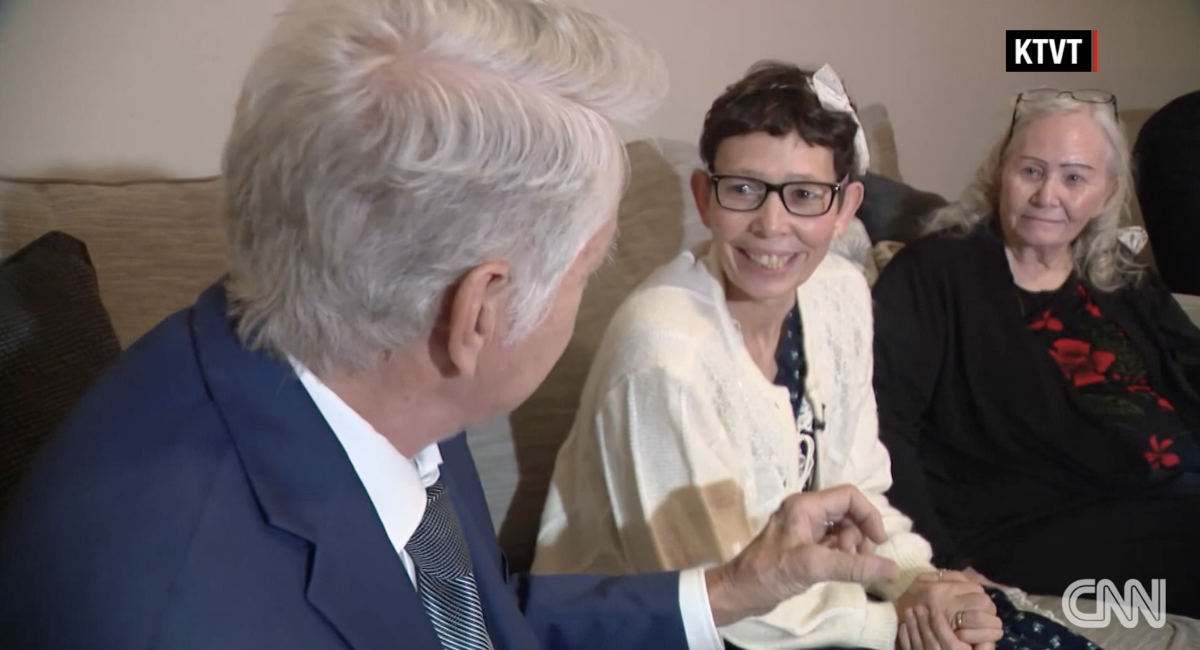 A woman who was kidnapped as a baby in 1971 has miraculously been reunited with her family.

At 22 months old, Melissa Highsmith was kidnapped by a babysitter. After that, she spent most of her life in Fort Worth, not knowing that her real family was searching for her. And despite decades having passed, her family continued to look for her.

Highsmith’s mother, Alta Apantenco, was working as a waitress and needed someone to watch her daughter, so she placed an ad looking for a sitter. A woman answered, and Apantenco’s roommate handed Highsmith over to the babysitter while she was at work. She never had the chance to meet the babysitter face-to-face, which led to immense guilt.

“My mom did the best she could with the limited resources she had. She couldn’t risk getting fired. So, she trusted the person who said they’d care for her child,” Sharon Highsmith, one of Apantenco’s other daughters, said. “For 50 years, my mom has lived with the guilt of losing Melissa. She’s also lived with community and nationwide accusations that she hurt or killed her own baby. I’m so glad we have Melissa back. I’m also grateful we have vindication for my mom.”

After being taken, Highsmith lived under the name Melanie Walden. Though she did not realize she had been kidnapped, her life was not a happy one. “I didn’t feel loved as a child,” she told WFAA. “It was abusive, and I ran away at 15 years old. I went to the streets. I did what I had to do to get by… I worked the streets.”

“He was going through his DNA, and these three names popped up, and he didn’t know who they were,” Apantenco explained. “But it has his DNA, and it had her DNA. It was two boys and a girl. He didn’t understand, and he called his daughter Rebecca who had been working on it. Then my son reached out to her with a friend request, and she accepted it. And he was telling her all these things about Melissa being kidnapped, and she said, ‘I’m sorry, I don’t think I’m that person.'”

She agreed to take a DNA test to be sure, which her brother, Victor, offered to pay for. “I really didn’t think I was that girl,” Highsmith said. “Once I saw the baby picture, and I put my baby picture against it, it’s like my twin.”

After the DNA was confirmed, the family was reunited in person.

“I’m just elated, I can’t describe my feelings. I’m so happy to see my daughter that I didn’t think I would ever see her again,” Apantenco said, while Jeffrie Highsmith, her father, said, “She’s alive… I cried like a baby.”

For Highsmith, there are big plans as well. She is going to change her name from Melanie back to Melissa, and marry her husband again — so her father can walk her down the aisle.