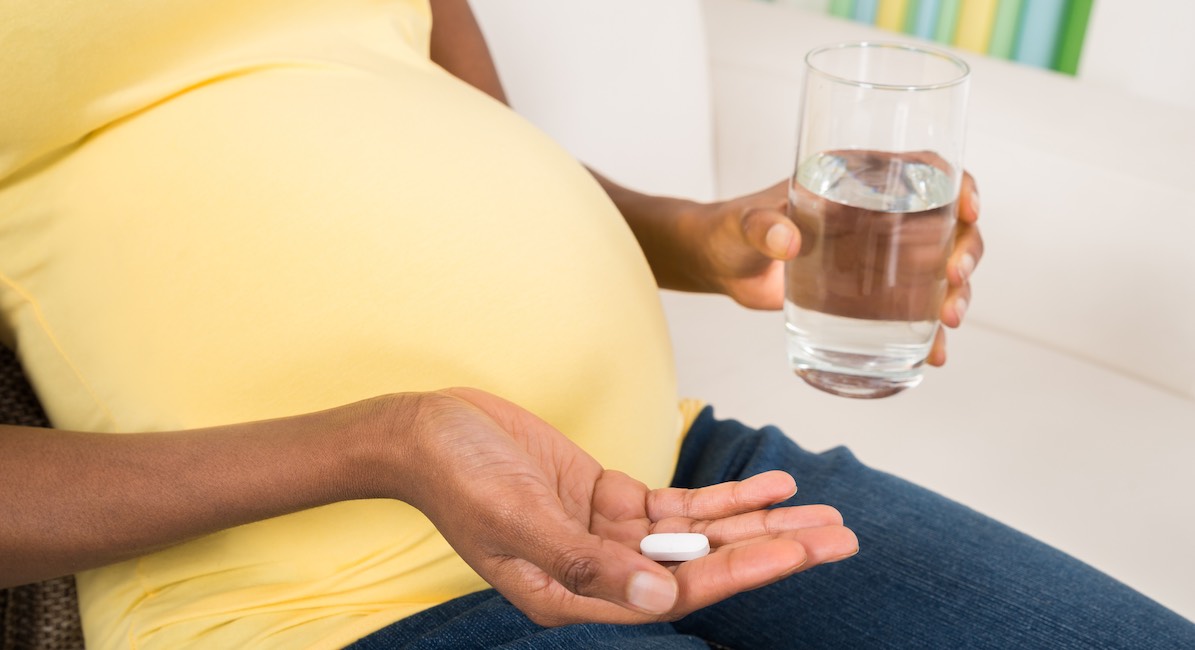 (Pregnancy Help News) After Rehema was pressured to abort and began a chemical abortion, she reached out and received help from the Abortion Pill Rescue Network in Nairobi, Kenya, and was able to save her unborn son through Abortion Pill Reversal (APR).

Taken by her mother to no less than three abortion facilities, having witnessed the callousness toward life present in the abortion industry, and facing losing a place to live because of her conviction to try to save her unborn son, she is thankful for his life and hopeful for the future. “God has a purpose for my life in this boy,” she said. “So definitely He will make a way.”

“And trust me,” Rehema stated. “(Chemical) abortion can be reversed. I am a living testimony.”

Rehema also said it was God who brought her to Heartbeat International’s Abortion Pill Rescue Network (APRN). She acted quickly, the reversal has been successful, and she wanted to share her experience. Hers is the latest story of a woman falsely made to feel like she had no other choice but to abort.

It is also the story of yet another life saved through the APRN, which consists of more than 600 health care professionals prepared to administer an FDA-approved drug that has successfully stopped abortions after a mother requests intervention. Along with the 600-plus health care practitioners, some 300 pregnancy help organizations in the APRN network also assist women who choose to try and save their baby by initiating the Abortion Pill Reversal (APR) process.

The abortion pill, also known as medication abortion, chemical abortion, RU-486 or self-managed abortion, refers to the drugs mifepristone and misoprostol, taken to abort[] a child within the first 10 weeks of a pregnancy.

That first pill, mifepristone, blocks the effects of progesterone — the natural hormone that women produce which provides the essential nutrients needed for their developing baby to thrive. The second drug in the chemical abortion process, misoprostol, is taken 6-48 hours later, typically at home, causing cramping and bleeding associated with emptying the mother’s uterus, when she then delivers her deceased child.

A chemical abortion can be reversed after taking mifepristone and before misoprostol.

APR works by giving the mother extra progesterone up to 72 hours after she takes the first chemical abortion drug. The treatment has the best chance for success when started within 24 hours. APR is a new application of an FDA-approved progesterone treatment used beginning in the 1950s to stop miscarriages. To date, more than 900 lives have been saved through APR.

The APRN continues to expand internationally, and the month of March saw a record number of moms beginning the abortion pill reversal process through the Network.

READ: Media calls abortion pill reversal ‘dangerous’ based on questionable study that actually showed the opposite

Rehema shared her story with Heartbeat National after confirming that her unborn son was healthy following initiation of the APR regimen.

She had gotten a call from her mother on April 21, telling her she would be taking her for an abortion, the reason being that Rehema and the baby’s father are of different faiths. They went to a Marie Stopes abortion facility where after an ultrasound Rehema was told she 22 weeks and 4 days pregnant. With their standard cut-off for conducting abortions at 20 weeks, Rehema said the facility declined to do the procedure.

But her mother didn’t relax, she said, taking her to another local Marie Stopes location, where they also declined to conduct the abortion. Rehema’s mother took her to another abortionist who regardless of her child’s gestational age agreed to perform the abortion.

Asking the abortionist what would happen if her baby survived the procedure and was born – and crying – she said he indicated in no uncertain terms that he knows how to silence such children, which disturbed her.

“I got goosebumps all over,” she said. “I told him to give me time to think.”

Rehema said she went home, but her mother was just too persistent, kept mocking her, and so on April 25 she decided to visit one of the abortion contacts her mother had found.

“And they gave me mifepristone and told me to swallow it immediately,” Rehema said, immediately sorry for the decision. “I was desperate,” she continued. “I didn’t know who to talk to … on the night of the 25th I cried a lot.”

“I was feeling guilty,” she said. “How could I kill my innocent little one? I just saw how healthy he was during the ultrasound …”

“I was losing it,” Rehema told Heartbeat International. “Then I decided to go through Google …”

“God directed me to APR,” said Rehema. “And I sent an email.”

“In no time I got a “How may I help you?” she recounted. Rehema talked to several APRN consultants, whom she said have been calling, texting and emailing her, as well as checking in with her over social media. “May God bless you all,” she said of the consultants.

Rehema was connected with a doctor in the APRN who began the APR protocol. “This one is just an angel in human flesh,” she stated of the physician. The doctor’s office worked with her financially on treatment, she said, even though she did not have much money, and everyone at the clinic where she has been receiving treatment has been friendly.

“I am assured everything is fine, no complications at all,” Rehema told Heartbeat. “And guess what guys – ware having a healthy baby boy!!”

“Isn’t our God a wonderful God,” she exclaimed. “Isn’t He the most merciful and most forgiving?”

Rehema then came home and found her mother waiting. She said her mother told her that since she didn’t want to abort, that she should know she is in this alone, and to leave her place. Despite this Rehema has remained hopeful and happy to have her son. She said she just wants to have a new start.

“I have seen the worst, but I conquered,” Rehema told Heartbeat. “Much love and God Bless!!”

The APRN’s consultants remain in contact with Rehema. Pregnancy Help News and Heartbeat International will monitor her situation and publish updates when possible.