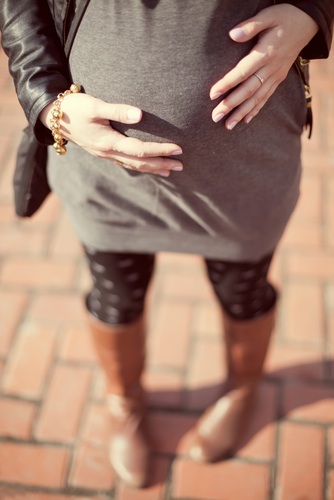 Abortion advocates have a strange obsession with elevating abortion. Depending on whom they’re talking to, abortion is a terrible decision that no woman ever wants to have to make, but sometimes has to…or, like, totally the most awesome thing ever!

Kathleen Hanna, musician and pro-abortion activist, fits into the latter category, calling her abortion one of the best things that happened to her.

Well, I worked at McDonald’s and I spent the money I earned at McDonald’s to get my abortion. I was only fifteen and the person who got me pregnant did not want to give me any money. I was $40 short, so I had my drug dealer call him and threaten him, so he gave me the last $40.

I really credit it as something that changed my life because I got a job, I took care of my business, and I moved on. And I’m not one of those people who’d have looked back and been like, Oh, that kid would be 30 right now… I don’t think, Oh, I really regret it… Maybe that’s a fucked-up thing to say but, I don’t regret it at all, number one, and number two, it was one of the best things that happened to me. Not actually being on the table and having it done, but feeling like I was responsible for my own life and realizing that when I made mistakes, there were consequences and that I could take care of those consequences. I could make mistakes and I could fix them. And live with them. It wasn’t a big deal.

Except for that, I got to be in all these bands. And if you think about it, I don’t think I would’ve been in any of these bands if I’d been a teenage mom. I probably wouldn’t have finished high school. I definitely wouldn’t have gone to college. I’d probably be managing a McDonald’s or something. That gives me chills because when girls come up to me and they’re like, “I got into women’s studies because of you,” I do think, God, if I hadn’t have had that abortion, would this girl have gotten into women’s studies?

In addition to thinking her abortion totally rocked, it also apparently gave her a ridiculously inflated sense of ego – I mean, if she didn’t have her abortion, then it could totally change the futures of girls she doesn’t even know! Abortion can change the world, people.

In all seriousness, this mindset is extremely saddening. According to Hanna, the only way a teenage girl with an unintended pregnancy can achieve her dreams – in Hanna’s case, playing in rock bands – is by killing her unborn child. And it’s interesting that Hanna talks about how abortion taught her about consequences, considering that abortion doesn’t force anyone to accept the consequences of her actions. It gets rid of the “problem” rather than forcing someone to solve it, so it’s more than a little disingenuous to act as if this somehow was an example of responsibility.

There is also, of course, adoption. Adoption is the skeleton in the pro-abort closet, so obviously that wouldn’t have been an option for Hanna, and she surely wouldn’t recommend it, either. The way pro-aborts frame the options for women who find themselves facing a crisis pregnancy is this: have an abortion, or watch your life get ruined forever. To them, there are no resources to help you keep the baby, and adoption will scar you and your kid forever, and plus, they might end up with really, really bad parents, so wouldn’t it be better to just kill them? These people call themselves pro-choice, but the only choice they actually offer to women is abortion. And we’re supposed to believe this is somehow healthy and pro-woman?

Kathleen Hanna’s mindset, where abortion is the best thing that happened to her, is indicative of what the radical pro-abortion movement actually believes. Its adherents pay a lot of lip service to how abortion is such a difficult choice, and that they support any decision a woman makes, but it’s not true. To them, abortion is the choice that a woman should always make.