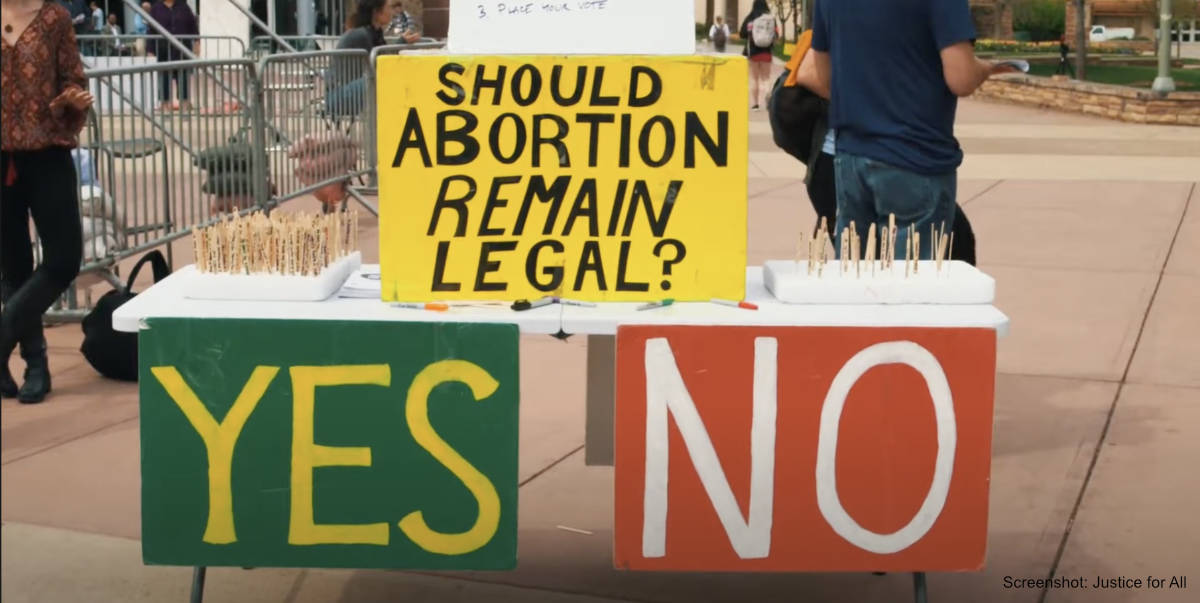 As a pro-life advocate with Justice for All, Kaitlyn Donihue’s mission is to engage college students on campuses nationwide to spur thought-provoking conversations about abortion and to equip others at “Love3 Workshops” with the tools to do the same. But as a young girl, Donihue could never have imagined a career as an outspoken activist.

In an interview with Live Action News, Donihuesaid, “Growing up in a Christian pro-life home, my family was always involved in the pro-life movement. We supported the local pregnancy center and participated in activities with a local pro-life group. But I was so shy and quiet that I never felt comfortable engaging anyone whose viewpoint I disagreed with.”

But when Donihue was 14 years old, a heartfelt conversation with a youth group leader served as a turning point. While he labeled himself pro-life, he offered Donihue a myriad of exceptions where he thought abortion was acceptable. Frustrated, Donihue tried to ask pointed questions, but the conversation wasn’t productive.

“We talked for at least an hour that day and our discussion just went around in circles,” Donihue said. “I didn’t know how to help him see the flaws in his own arguments.”

READ: Pro-life leader’s younger brother inspired him to defend the most vulnerable 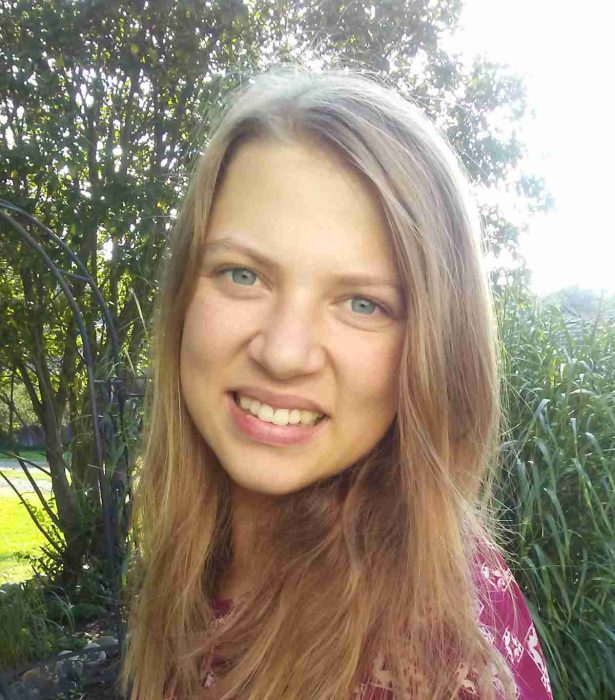 While attending Ellerslie Mission Society, a small Bible school in Colorado, Donihue was introduced to Justice For All when the organization hosted training on how to start an effective dialogue about abortion. The irony wasn’t lost on Donihue, who wished she’d has these skills years before when engaging with her high school youth pastor. Later, she attended an outreach with JFA.

Donihue said, “I was so impressed with the way the staff interacted with the college students who stopped by their booth. They were kind but shared the truth about abortion persuasively.”

After graduating, Donihue interned with JFA – to the surprise of family and friends who knew she had had grappled with talking to people she didn’t know well. Initially, Donihue found going to campuses and speaking out about a controversial topic was very challenging. She struggled with fear and uncertainty.

“As an introvert, outreach was overwhelming for me at first,” Donihue said. “But the more conversations I had, the more I learned to enjoy it. Now, it’s my greatest delight to help others learn how to have important conversations with those who disagree with them.”

Thought-provoking dialogue is key to changing minds about abortion

At the core of JFA’s success is its passion for changing hearts and minds about abortion through respectful and thought-provoking conversations. The key is to better understand the mindset of those who advocate for choice to improve the outcome of these interactions. But, cautions Donihue, change doesn’t often occur instantly.

“Sometimes success doesn’t look like a changed mind or a saved life,” Donihue said. “The pro-choice person may not be very open to what’s being shared but it’s much like putting a pebble in their shoe, giving them something to gnaw on later. Opening the door to these discussions helps them be more receptive to the pro-life stance.”

Donihue has had more than a few challenging interactions. She remembers one such discussion when doing outreach at Fort Lewis College in Durango, Colorado. A young man stopped by to voice his radical pro-choice view. He was adamant that abortion up until nine months should be permitted, no matter the circumstances. For him, it was black and white. Donihue asked pointed questions, but his position never wavered. Donihue was ready to move on. All it took, though, was the right approach.

As he gazed at the photos, she told him the pages showed graphic images of aborted babies and asked him if she could show him the photos. He agreed and he stood in silence for a few moments, taking in the horror of abortion. He then turned to Donihue and said, “This should never be legal.”

“I was amazed,” Donihue said. “He started out so staunchly pro-choice but through our discussion was able to think more clearly about the issue and ended up completely changing his mind.”

With the possibility of Roe being overturned by the Supreme Court, Donihue sees opportunities and difficulties ahead as the issue of abortion becomes more polarized. The need for fruitful dialogue will be more vital than ever.

Donihue said, “We encourage anyone who advocates for life to take the JFA training. It is free and offered both online via Zoom and in-person. The participants will have the chance to role-play with each other, so they feel confident in having those difficult but necessary conversations.”

To enroll in the free training offered by JFA, visit www.jfaweb.org/love3.