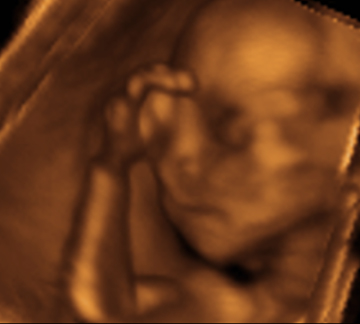 For the past four years, there has not been an abortion clinic in Wichita, Kansas. Women who want abortions have to travel 200 miles to get them. Now, according to the New York Times, a new abortion clinic may be opening at the site of Dr. Tiller’s old clinic.

Dr. George Tiller ran a late-term abortion business at Women’s Health care clinic from 1975 to 2009. He performed abortions on third-trimester babies, whose mothers came from around the country to take advantage of his services. The clinic closed when he was assassinated. Julie Burkhart, his former legislative director, has purchased the building that housed the clinic from the Tiller family in August and is currently in the process of renovating it to become a new abortion center.

The clinic that is slated to open has the name South Wind Women’s Center. Three doctors have been hired – two to perform abortions and one to supervise pap smears and other non-abortion services. Although this clinic will offer some services other than abortion, it seems clear to everyone that abortion will be the main focus. The two abortionists who have been hired, whose names have not been revealed, are “circuit riders” who fly from clinic to clinic. Circuit-rider abortionists are dangerous to women because they usually have to hurry off to catch their plane right after the operations are completed and may not be there if there is a complication or problem. They may leave the women to recover with less experienced and competent staff to deal with them.

Local pro-lifers have been working to delay or prevent the opening of the clinic, which will perform abortions up to 16 weeks once it opens. Operation Rescue has filed a complaint saying that the builders and renovators do not have proper permits. Not every business is willing to work on an abortion clinic. According to the New York Times, Burkhart tried to hire six different architects before she found one who would agree to work on the project.

There are a number of restrictions on abortion in Kansas. Informed consent laws mandate that women must be offered detailed information on abortion’s risks, fetal development, and abortion alternatives before the procedure can be performed. There is a waiting period of 24 hours, and an ultrasound must be performed. Minors must get parental consent before they can have an abortion, and there is a ban on abortion coverage except for cases of rape, incest, or danger to the life of the mother. If and when Burkhart’s clinic opens, a crisis pregnancy center located next door will offer alternatives to abortion. The crisis pregnancy center has been operating for a number of years in that location.

According to Burkhart, Tiller’s abortion mill “was a building that was full of love and compassion for women[.] … To me, this feels like a very positive space.”

Thousands of babies were killed in this “positive space.” Some were torn apart by suction machines or pulled apart by forceps. Many others had poison injected into their hearts and then were “born” dead after their mothers endured labor. Many of these abortions were of healthy children being carried by healthy mothers. In other cases, a handicap like Down syndrome was the reason why the babies were killed.

One woman died in the clinic also. Nineteen-year-old Christin Gilbert, a mentally handicapped rape victim, bled to death after an abortion by Dr. LeRoy Carhart. While Christin lay dying, the clinic employee who called 911 pleaded with the 911 operator to send an ambulance without lights or sirens, so as to avoid negative publicity. While Christin was in cardiac arrest, the clinic worker put 911 on hold for 45 seconds and would not give information about Christin’s condition. The 911 operator noted that the clinic worker was “evasive.” Paramedics, not realizing the seriousness of the situation, did not hurry. By the time the emergency workers got to Christin, it was too late.

This is the business filled with “love and compassion.”

It is undeniable that if the South Wind Women’s Center opens, babies will die – and possibly women, as well.