A missing comma, an abortionist moonlighting as a professor, and a public university that does research on aborted babies are all relevant facts of a judge’s ruling in New Mexico that will send an abortionist to trial.

Late-term abortionist, Curtis Boyd, who runs Southwestern Women’s Options (SWO), tried to get a judge to dismiss a lawsuit filed by a former patient, but the judge denied that request, paving the way for a jury to determine whether Boyd had a right to harvest the body parts of her aborted baby and use them for research at the University of New Mexico (UNM).

Boyd and his late-term abortion facility have been mired in controversy on a national level since coming under fire by a congressional committee for his work with the University of New Mexico, where the abortionist serves as adjunct faculty. That work as an adjunct is one of the primary issues that is sending this case to a jury. Boyd has already been criticized because he works for a public university while operating a late-term abortion facility, blurring the line on using public funds to help commit abortions. Former abortionist, Dr. Anthony Levatino, explains the D&E abortion below, typically committed between 13 and 24 weeks gestation:

For later-term abortions, Boyd and SWO may use the induction method.

According to New Mexico Alliance for Life (NMAFL):

District Judge Clay Campbell of Albuquerque denied a motion by late-term abortionist Curtis Boyd and his business, Southwestern Women’s Options (SWO), to dismiss a lawsuit filed by Jessica Duran. Judge Campbell ordered that all seven causes of action in Duran’s lawsuit, including the unauthorized harvesting of her infant’s body parts for research at the University of New Mexico (UNM), should go to trial and be decided by a jury.

As the House Select Investigative Panel on Infant Lives, noted, that was in keeping with what Congress found. Committee chair Rep. Marsha Blackburn said:

This ruling confirms the findings of our investigation. We found evidence that women were being misled by these consent forms. I welcome this ruling and applaud Ms. Duran for continuing her fight against these injustices on behalf of the women who have endured the same.

According to the hearing transcript, Duran’s attorney, Michael Seibel, argued:

They are entitled to know what they are going to be put through in a medical procedure. They are entitled to know what is going on. And every woman that signed that–in that court [sic] had to sign that form, it didn’t give them an option to say, yes, I want to donate the parts or, no, I want [sic] to donate the parts. It just said if you’re going to have this procedure, you’re donating the parts. That’s not voluntary. And we want women to have voluntary control over their bodies.

And by dismissing this case in this particular matter and not letting it go to trial, we would be violating not only the dignity of Jessica Duran, but the dignity of women; that we cannot follow criminal statutes which require the full disclosure and full comprehension of people who come into their office as to what this research material has been done. And I would ask if this Court that we… [d]eny this motion and take this to a jury and let the jury decide, the finder of fact, when Jessica discovered her injury and when her injury occurred.

The judge agreed. While some of the claims could not be addressed due expired statute of limitations, the deficiencies of the consent can be brought to trial. 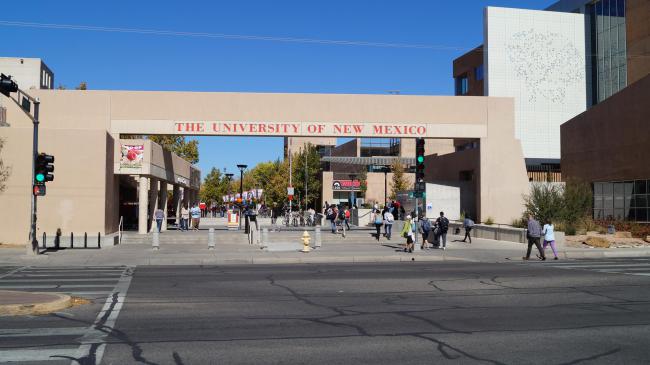 The transcript of the judge’s ruling points out deficiencies within the abortion consent form, which contains language about donating fetal tissue for research: “the only people being authorized, on its face, to do the research, is the clinic and the doctor. It doesn’t authorize UNMH to do the research.” Judge Campbell also stated, “failing to disclose the collaboration with the University of New Mexico. That fact should have been disclosed, wasn’t disclosed.”

Ironically, the judge, a former English major, pointed out that a missing comma was at the crux of some of the confusion. He said:

So for starters, the clause of the consent form at issue is missing a comma, and as a former English major, I just can’t help but point out that grammar is important, and everybody’s going to understand that here in a second. So it says, “I understand that tissue and parts will be removed during this procedure,” comma, “and I consent  to their examination,” no comma, “and their use in medical research,” no comma, “and their disposal by the clinic and/or physician in the manner they deem appropriate.” So that, on its face, would only authorize the doctor and the clinic to do the research. It doesn’t authorize UNMH.

And that fact is what makes Boyd’s work at the university a conflict of interest for him as an abortionist, Judge Campbell notes:

I understand he, Boyd, was wearing two hats; the second hat was not disclosed, and it’s fairly clear from the allegations, taking them as true, that the research was being performed wearing the hat of him as an adjunct professor at UNMH. That fact should have been disclosed, wasn’t disclosed, and that’s–again, is the gravamen of the plaintiff’s cause of action.

Elisa Martinez, executive director of the New Mexico Alliance for Life, reiterated the judge’s point, saying, “This is a monumental finding by the court. It shows UNM was not authorized to do any research using aborted infant bodies from Curtis Boyd’s abortion business, and thousands of women were deceived who now deserve justice.”

The ruling by Judge Campbell denies the request for dismissal from Boyd and SWO to dismiss Duran’s lawsuit, and it paves the way for a jury trail; no date has been set for that trial.