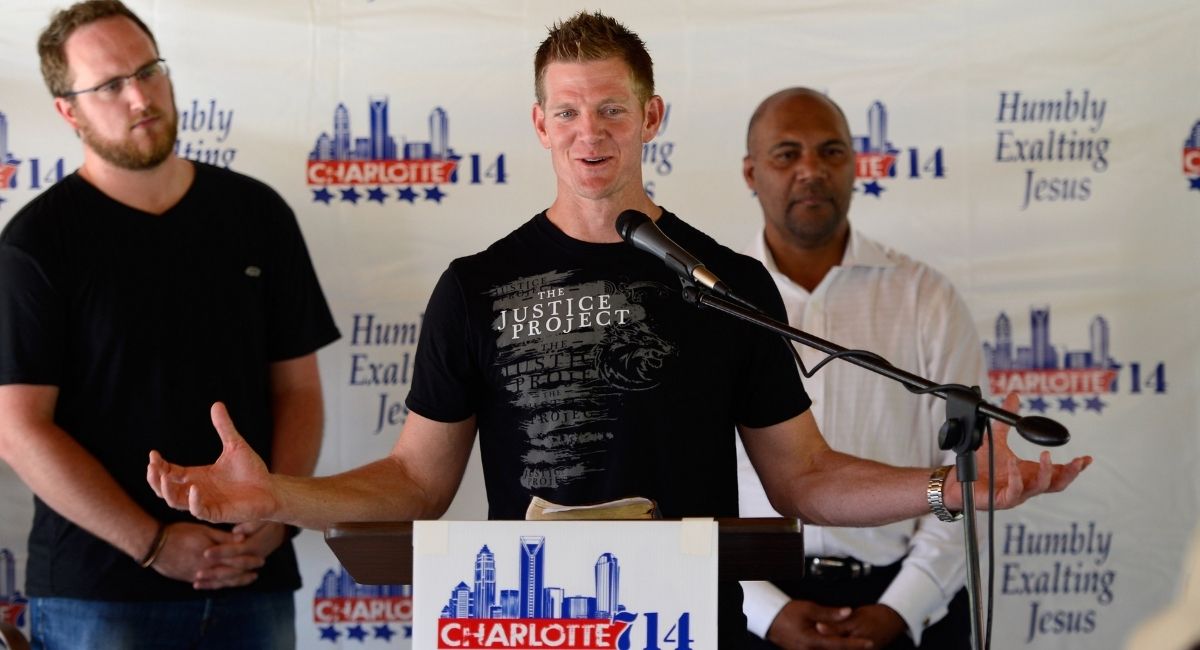 A federal judge has ruled that a pro-life sidewalk counselor arrested outside a Charlotte, North Carolina, abortion business in 2020 can proceed with a lawsuit against the city.

As Live Action News previously reported, David Benham was arrested on April 4, 2020, outside of A Preferred Women’s Health Center. Benham was attempting to counsel abortion-minded women as they entered the facility, but he and other pro-life activists were arrested for violating the state’s COVID-19 stay-at-home order at the time.

According to WNG.org, Benham’s pro-life group had received confirmation from Maj. Andrew Kornberg of Charlotte-Mecklenburg Police Department that their activities were in compliance with the current COVID-19 mandates. The sidewalk counselor group was social distancing and they allege that they had just a few members outside the facility at the time. Despite this, Benham and others were arrested outside the abortion facility for violating orders that prohibited gatherings of 10 or more people. Benham and four other pro-life activists sued the city on April 18, 2020, claiming that their rights of freedom of speech and freedom of religion were violated.

The city dropped the charges against the pro-life sidewalk counselors in 2021, but the pro-life activists chose to continue their lawsuit. “The dropping of the charges actually underscores why this amended complaint should prevail,” Denise Harle, senior counsel with Alliance Defending Freedom (ADF), told The Christian Post at the time. “What we’ve added in this amended complaint is Fourth Amendment claims, based on the unlawful stop, unlawful detention, and unlawful arrests, the fact that the city and the county dropped the charges against David Benham shows that those arrests were improper.”

In his ruling last week, U.S. District Judge Graham Mullen dismissed Benham’s free speech complaint on the grounds that the stay-at-home order did not violate his speech. However, he allowed Benham’s complaint that the order violated the freedom of religion to proceed. Mullen compared the activity with that of shopping, which was allowed throughout the pandemic.

ADF’s Kevin Theriot is currently representing Benham. “They used this crisis as an excuse to crack down on speech they don’t like,” Theriot said. According to WNG.org, Theriot says the case will now continue to trial.