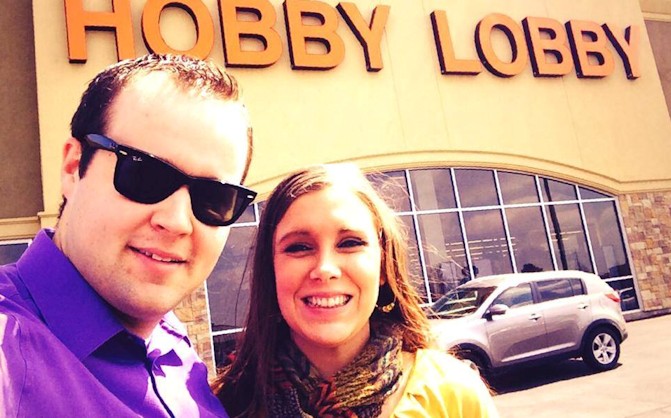 More baby news from the 19 Kids and Counting family: Josh and Anna Duggar are now parents to a new little one, who is due next year. This is the couple’s fourth child. Josh and Anna have been married since 2008, and Josh currently works for the Family Research Council.

On Tuesday, Anna tweeted the announcement, saying, “We are so excited to announce… we’re pregnant! #4andCounting #BlessingfromTheLord @joshduggar #19Kids.”

Anna is still in her first trimester and is due to give birth in the summer. With three other children named Mackynzie, Michael and Marcus, Josh and Anna have adopted an “M” theme in naming their children. Josh’s parents, Jim Bob and Michelle, named each of their twenty children with a “J” name. Any guesses for new baby M_____’s name?