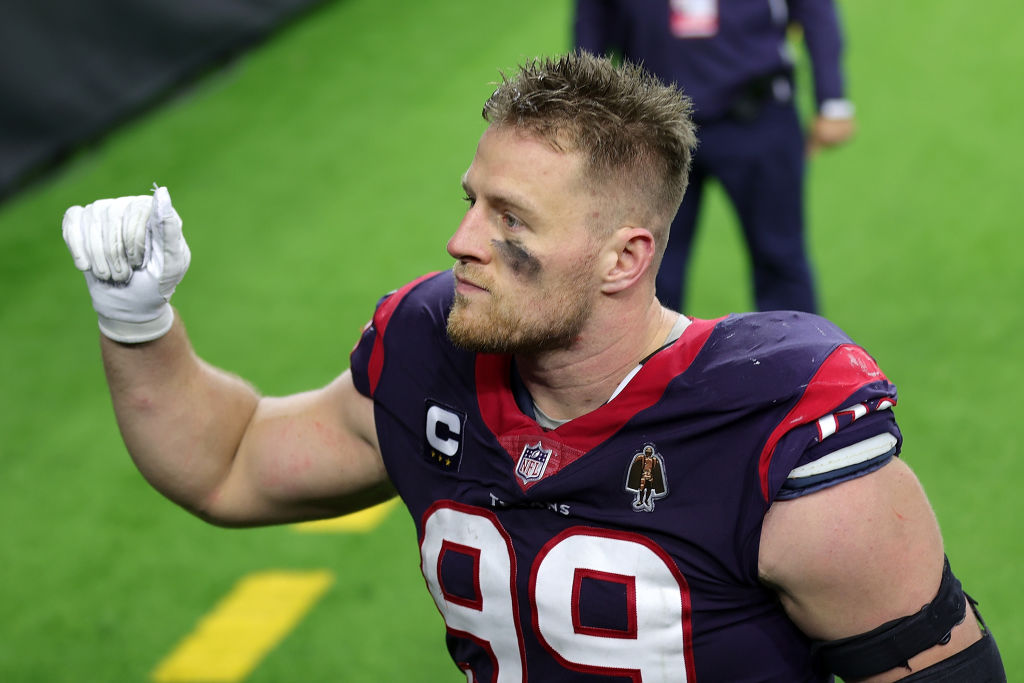 Jesse Bowden, a man with Down syndrome living in Big Sandy, Texas, is a huge fan of the Houston Texans — and of defensive end J.J. Watt, specifically. When Bowden suffered a heartbreaking personal loss, the NFL star was there to give a little kindness to one of his biggest fans.

Bowden and his wife, Samantha, who also had Down syndrome, had been married for seven years when tragedy struck. The happy couple was cruelly torn apart after Samantha contracted COVID-19 and passed away, leaving her husband understandably heartbroken.

In the video, Watt said:

Hi Jesse, this is J.J. Watt. I just wanted to send you a very quick message to let you know that I’m thinking about you. I heard about your wife’s passing away recently and I’m terribly, terribly sorry to hear that. It’s extremely unfortunate and I’m so sorry. My thoughts are with you and I hope you’re staying very, very strong at such a difficult time.

I just want you to know that I’m thinking about you, I appreciate you and I’m wishing you absolutely all the best. Have a great day, Jesse.

The thoughtful video had a huge effect on Bowden, whose reaction was posted to social media by his family. In it, Bowden can be seen watching tearfully with his hand over his mouth. When the video finishes, Bowden was clearly emotional, saying, “Thank you! Thank you so much!” through sobs.

Watt had previously bonded with another fan who has Down syndrome, Trey Brandt. The two met when Brandt waited for an autograph after a game in 2014, while Brandt was a junior at Katy High School. They hit it off, and kept in touch afterwards, but the kids at Brandt’s school made fun of him, saying their friendship was fake and not “for real.” So Watt decided to take action, meeting up with Brandt for a video that went massively viral of the two playing football together — where Brandt happened to display a rather impressive arm, too. “A lot of people ask me, you know, how many takes did you have to do to get the pass?” Watt told CNN. “It was the first take. I ran out, and he hit me right on… he’s pretty impressive.”

READ: Husband of UK’s first married couple with Down syndrome dies from COVID-19

Both examples with Watt show more than just the kind heart of an NFL superstar. People with Down syndrome are often described in a way that is unintentionally dehumanizing — as people who are “always happy.” Yet people with Down syndrome are human like everyone else. They have meaningful friendships and romantic relationships. Their feelings get hurt when people treat them cruelly, and they grieve when someone they love dies.

Rather than being treated as the disability equivalent of puppies, people with Down syndrome should be seen as who they are: real people, whose lives are just as valuable and fulfilling as everyone else’s.