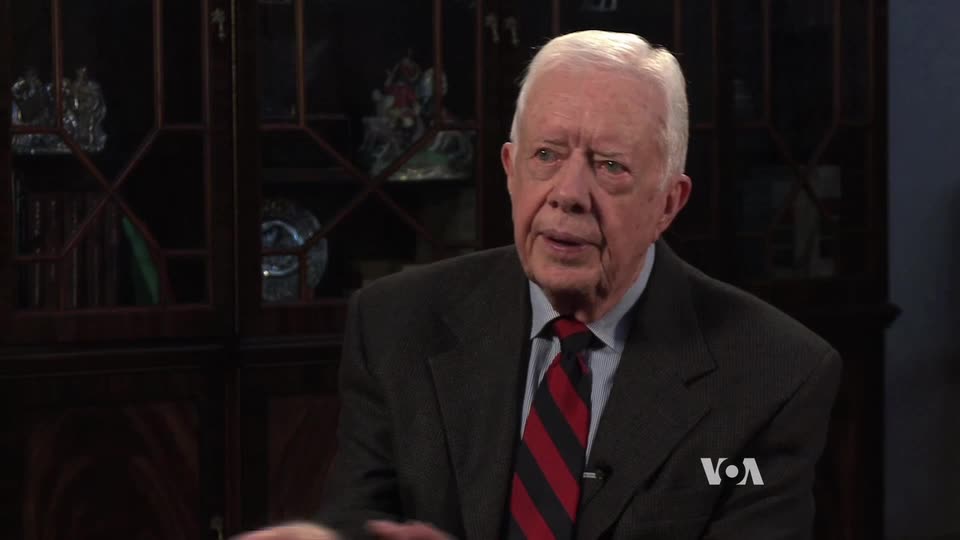 On Tuesday, the Huffington Post interviewed Jimmy Carter on his new memoirs and thoughts on issues of the day, which included a… curious… passage on how the ex-president’s religiosity collided with his politics (skip to the 14:40 mark; hat tip to NewsBusters):

[Faith has] always been important in my life. Y’know, I’m a born-again Christian, so-called, I’m a Baptist. I taught Sunday school the day before yesterday, I’ll be teaching again next Sunday, I teach every Sunday that I’m home in Plains […] my faith has been kind of the foundation of my, you know, encouragement when I was in trouble, when I failed something, and gave me a new opportunity or motivation to reach for greater things in my own life. And I think that it is, um, I’ve never run across any really serious conflicts between my political obligations and my religious faith […]

I have had a problem with abortion, you know, and this has been a longtime problem of mine. I have a hard time believing that Jesus, for instance, would approve abortions, unless it was because of a rape or incest or if the mother’s life was in danger. So I have had that struggle, but my oath of office was to obey the Constitution and the laws of this country as interpreted by the Supreme Court, so I went along with that.

To be fair, Carter has occasionally criticized his fellow Democrats for their pro-abortion extremism, but both his words and deeds demonstrate that there’s a long way between “Jesus probably disapproves” and the grave evil his faith really condemns abortion as.

First, Jesus “would not approve” of a lot of things, but rational Christians are supposed to recognize the difference between things that are sinful because they fall short of God’s personal standards for us or harm our spiritual health, and things that harm others. One category belongs to the realm of church and conscience; the other belongs to law. To frame the issue exclusively around Christianity’s approval skims over the fact that disapproved things vary widely in both kind and severity, giving cover to the idea that less religious people care less about abortion.

Second, where does Carter get the idea that Jesus would carve out exceptions for abortion that just happen to match the conventional wisdom of 21st-century American politics? Pro-life Christians are used to the pro-abortion claim that abortion must be biblical because Jesus didn’t specifically mention it (which is ridiculous because the Bible doesn’t need to list every conceivable method of murder to oppose it), but inferring something as specific as Carter does with no textual basis whatsoever is a whole new level of absurdity.

Third, hiding behind Roe v. Wade is a cop-out. Carter’s oath was to the Constitution, not to the judges who defiled it. As Thomas Jefferson and James Madison said, presidents have a coequal right and duty to uphold the Constitution as best they understand it, and for Carter to do anything less than fight to overturn Roe was the true violation of his oath.

Accordingly, Carter’s “pushback” against his party’s abortion mania has been lukewarm and inconsistent. According to the author of The Real Jimmy Carter, the former president played both sides from the beginning:

In the [1976] Iowa caucuses, which Carter put on the map for the first time, Carter told Catholic audiences (and a gathering of bishops) that he opposed abortion and supported legislation to restrict it, thus cutting into Shriver’s support. But he told feminist groups at the same time that he supported abortion rights (indeed, he had done so as governor of Georgia).

During his presidency, the Supreme Court thankfully had no vacancies for him to fill, but he did appoint to lower courts the infamously pro-abortion Ruth Bader Ginsburg, Stephen Breyer, and Stephen Reinhardt—paving the way for the first two to eventually make the Supremes. As president he also signed the Convention on the Elimination of All Forms of Discrimination Against Women Treaty, which has been exploited by its overseeing committee to pressure countries that ratified it to loosen their abortion laws.

In 2005, he made the incredibly bold, courageous statement that “some” Democrat leaders were “overemphasizing” abortion. Be still, my beating heart.

Given all of the above, it’s no wonder that when Carter reiterated those sentiments in 2012, the Southern Baptist Convention’s Dr. Richard Land declared he was “making a political calculation” about Democrat prospects in the South. “It isn’t a moral decision about abortion.” Indeed.