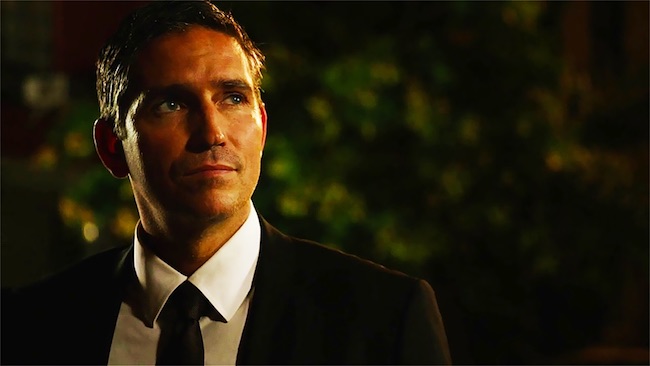 Our society’s “destructive tolerance of evil…requires warriors — ready to risk their reputations,
their names, even our very lives, to stand for the truth.” ~ Jim Caviezel

Jim Caviezel is about to have another film hit the box office. In “Paul, Apostle of Christ,” written and directed by Andrew Hyatt, Caviezel will star as Luke. The new movie will hit theaters on March 28, three days before Easter. Caviezel kicked off the new year by speaking at the SLS18 (Student Leadership Summit 2018) in Chicago, where he shared about his upcoming film as well as something far greater: the need for willing warriors in our modern culture.

Jim Caviezel’s speech begins at 1:50 in the video below. For anyone who desires to live authentically, be truly free, and willingly fight for the helpless and oppressed, it is a powerful must-watch.

Cavievel took the stage to a standing ovation. “The name Saul means great one. The name Paul means little one,” he said. “By changing one tidy letter, we can become great in the eyes of God, but it requires us to be little if we wish to be great.” “This is the way Saul became St. Paul,” Caviezel continued, explaining that “callings come when we least expect them.”

The pro-life star shared how he came to believe God was calling him to be an actor when he was 19, sitting with his basketball, watching a movie. He knew in his heart at that young age that God had “crafted him” for this, and that acting was “what God wanted of me.” Despite his personal inabilities — “I can’t memorize to save my life,” he shared to laughter — Caviezel chose to focus on the call and work to do his part.

He recounted for the audience scenes in one of his early films, “The Count of Monte Cristo.” Edmond Dantès, focused on justice, carved “God will give me justice,” on his prison wall. Yet he had to learn that justice was not equal to human vengeance and that God believed in him even when he did not believe in God. Caviezel explained that, when Dantès learned his lessons, he became an ever more powerful force against evil: “With all the odds set against him, this one solitary man is committed to…vanquishing evil, even the evil within himself.”

“The Count” helped Jim Caviezel realize even more that “God loves each one of us personally, and He is there for us even in our darkest moments of despair.” Yet it was “The Passion of the Christ” that would even more fully change his life and perspective.

After “The Count” was released, Caviezel received an unexpected phone call. Mel Gibson called him — honestly liking that his initials were J.C. and that the actor was 33. Caviezel explained that even what seems like a coincidence in life is not. The lessons he learned while playing Jesus Christ were indescribably powerful, as the actor physically suffered in his role:

Is your life a coincidence, or is it all just a chance? Some of you may be miserable right now, confused, uncertain of the future, hurting. This is not the time to back off or to give in. When I was up there on the cross, I learned that in His suffering was our redemption. Remember the servant is no greater than the master. Each of us must carry our own cross. There is a price for our faith, for our freedoms. I have been literally scourged, hit by the whips, crucified, struck by lightning, yes, open heart surgery — that’s what happens after five-and-a-half months of hyperthermia.

One take that remains in “The Passion” is an unplanned scene where Jim Caviezel’s shoulder separates. Even after that, “every day I had to pick up that thing…it ripped into my shoulder, tearing at my flesh, and with each passing hour, it got heavier.” (As Fox News reported, the cross in “The Passion” was 150 pounds heavy. The Fox News article describes the moment Caviezel was hit by lightning, as well as the conditions that caused him to suffer hypothermia. He also endured pneumonia and skin infections due to the harsh film setting.) But, Caviezel embraced the suffering: “The suffering made my performance, just as it makes our lives.”

Caviezel has also embraced others who suffer. He and his wife have adopted two children with special needs, including one with a brain tumor. If anyone lives what he speaks, it must be Caviezel. Towards the end of his address, he inspired his audience to step out and fight with passion, as warriors:

Some of us now embrace a fake Christianity, where it’s all happy talk…guys, there was a lot of pain and suffering before the resurrection. Your path will be no different. So embrace your cross, and race toward your goal. I want you to go out into this pagan world. I want you to have the courage to step into this pagan world and shamelessly express your faith in public. The world needs proud warriors, animated by their faith — warriors like St. Paul and St. Luke, who risked their names, their reputations to take their faith, their love for Jesus into the world.

God is calling each one of us, each one of you to do great things, but how often we fail to respond, dismissing it as some mental blurp. It is time for our generation now to accept that call, the call of God urging us to give ourselves entirely to Him, to see that gentle Hand guiding your path.

Caviezel continued, explaining the need for warriors who listen, who work with whole-hearted commitment:

We are a culture now in decline, a people in danger of succumbing to our excesses. Our whole world is entrenched in sin. And there in the quiets of our hearts, God is calling out to us…each one of us…to give ourselves entirely to Him. And how often we ignore him, ignore that great call.

The star of “The Passion” told the students he believed that Maximillian Kolbe’s assertion that “indifference is the greatest sin of the twentieth century” is still true of the current century. He spoke of “this destructive tolerance of evil” that “requires warriors, ready to risk their reputations, their names, even our very lives, to stand for the truth.”

Set yourself apart from this corrupt generation. Be saints. You weren’t made to fit in, you were born to stand out. For in our country now, we are only too happy to go with the flow. We have a shrine to freedom now, where all choices are equal, no matter what the consequence are. Do you honestly think this is true freedom?

Can society exclude moral truth and moral reasoning? [in the effort to live together] Every generation of Americans needs to know that freedom exists not to do what you like, but having the right to do what you ought. … Freedom from sin, freedom from your weaknesses, freedom from this slavery that sin makes out of all of us. That is the freedom that is worth dying for.

Jim Caviezel closed out by quoting from the infamous speech in “Braveheart”:

I see a whole army of my countrymen, here in defiance of tyranny. You’ve come to fight as free men… and free men you are. What will you do with that freedom? Will you fight? … [F]ight and you may die. Run, and you’ll live… at least a while. And dying in your beds, many years from now, would you be willin’ to trade all the days, from this day to that, for one chance, just one chance, to come back here and tell our enemies that they may take our lives, but they’ll never take…our freedom!

Whether a person seeks freedom from abortion work, freedom from choices that destroyed or injured the lives of others, or freedom from secret things that no one in the world knows about, surely Caviezel would agree that now is the time to choose to live. “We all must fight for that authentic freedom and live my friends. By God, we must live,” he urged. “May God love you and keep you and guide you all the days of your life. … God bless you. Fight hard.”