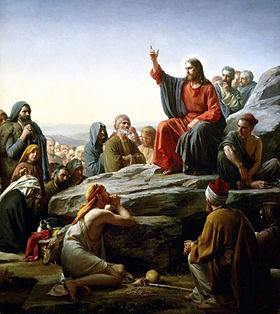 As we think of Christmas, it is worth remembering that Jesus was born a helpless child. His mother, 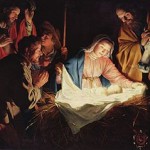 “Adoration of the Shepherds” by Gerard van Honthorst, 1622

Mary, was a very young and not wealthy woman, and since there was no room at the inn for her to give birth, she had her son in a manager and wrapped him in swaddling clothes. As Luke 2:6-7 puts it:

While they were there, the time came for the baby to be born, 7 and she gave birth to her firstborn, a son. She wrapped him in cloths and placed him in a manger, because there was no guest room available for them.

Now, whether or not you believe that Jesus Christ is the Son of God, he still is an important historical figure. He grew up to indeed be a very special man. He challenged the authorities and preached a message of love and mercy. Jesus also gave great hope to many people, through a message that is as relevant today as it was two thousand years ago. Arguably one of the most memorable aspects of the Gospel is Jesus’ Sermon on the Mount, which includes the Beatitudes:

11 “Blessed are you when people insult you, persecute you and falsely say all kinds of evil against you because of me. 12 Rejoice and be glad, because great is your reward in heaven, for in the same way they persecuted the prophets who were before you. 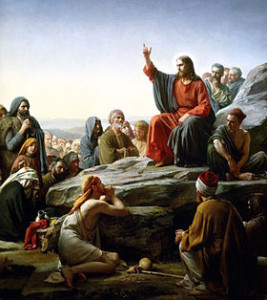 Sermon on the Mount by Carl Bloch

Such teachings are ones that many can get behind, including non-Christians. And while many other faiths do not regard Jesus as the Messiah,they still regard him as an important figure. Islam, for instance, holds that Jesus was a prophet. Regardless of how one views Jesus, he was still remarkable in so many ways.

Jesus lived to be only about thirty three years old, yet accomplished much during his lifetime. He was born and lived poor, but he still touched so many people. Imagine if he had never been born, though. Imagine if Joseph had had Mary stoned to death when she was pregnant. It’s not just that 2.18 billion people (as of 2011) would be without their specific savior in the specific person that was Jesus. And even as just a human being, Jesus had so much to give and so much to teach. We have learned so much from Him. Who would have thought that someone so poor, born in a manger, would have such an impact on the world.

The thing is though, whether or not we are born rich or poor, we all have the ability to impact the world. It’s unlikely that people will believe you are the Savior of the world and the Son of God, but that doesn’t mean there’s no need to try at what you want to accomplish. We are all born helpless and dependent infants, just as we were in the womb. We are created in a way though, where should we be allowed to be born, any one of us can change the world, to teach, help and love people, just as Jesus did. And to paraphrase the priest of the Christmas Eve Mass I attended,  the message of Christmas is that we are all important.