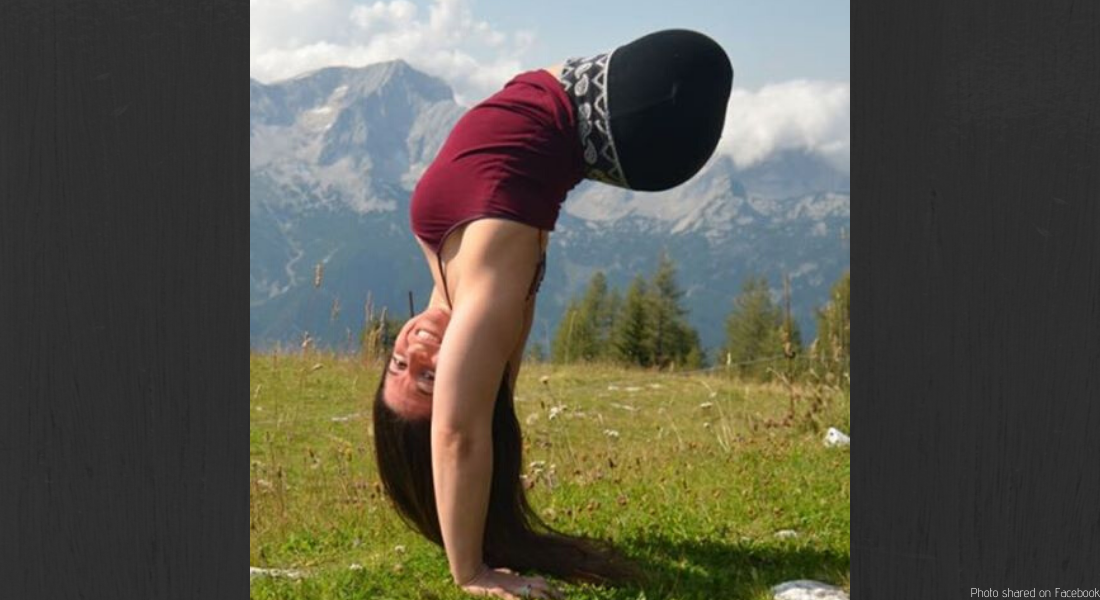 Jen Bricker-Bauer, a newly married 32-year-old living in Los Angeles, likes to remind social media followers of her favorite Bible verse. Mark 9:23 reads, “Everything is possible for the one who believes,” and it seems to sum up Bricker-Bauer’s life story. Born to Romanian immigrants to the United States, Jen was left at the hospital by her overwhelmed biological family when she was born without legs. She hadn’t even been given a name. But she was adopted by parents who raised her with the belief that she could do anything.

At a 2019 talk in Malaysia, Jen said that the first team of doctors her adoptive parents consulted said that she would never be able to sit up unassisted. But her parents persisted. They went to a second team of doctors at a different hospital, who told them instead that “she’s going to do things beyond your wildest imagining.” From then on, Jen wrote on her website, her  family gave her “one simple rule, Never say can’t.” She grew up hearing, “You were born this way for a reason. It wasn’t an accident. It was on purpose.”

Jen went on to play sports, including softball, basketball, and volleyball, but tumbling quickly became her favorite. She would eventually become a power tumbling high school state champion, motivated particularly by Dominique Moceanu, a member of the 1996 Magnificent Seven Olympic gold-medalist gymnastics team.

In a stranger-than-fiction twist, Jen eventually learned that Moceanu was her biological sister, and the two have a close relationship to this day. Jen made a career performing as an acrobat and an aerialist, touring with Britney Spears during her 2009 Circus World Tour. And in 2016, she wrote the New York Times best-seller, “Everything is Possible: Finding the Faith and Courage to Pursue Your Dreams.”

Just wanted to give a big shoutout to @califinalife for being such an incredible company to work with! SO much integrity & honesty…I’m PROUD to be sponsored by them and I can honestly say it’s been a JOY working with them! If you’re looking for some new INCREDIBLY CLEAN supplements, go to my bio and check out @califinalife page! 🌸🌼🌿 #Clean #CalifinaLife #Women #Hair #Vitamins #Wednesday #FitFam #Fitness #Acrobat #Aerialist #Author #BossBabe #Fashion #Faith #Globetrotter #Thankful #EverythingIsPossible #Travel #JenBrickerBauer #TeamJesus

In the last several years, she’s added motivational speaking to her resume. “People look at me sometimes and (ask), you know, how dare you with no legs think that you can just be an acrobat, and an aerialist, and power tumble, and play softball, and basketball, and volleyball, all against able-bodied athletes?” she said during a Tedx Talk. “How is that even possible in your brain?” The answer was simple. “When you’re in an environment that says ‘you’re beautiful, you were born this way for a reason. You can do whatever you want, just figure it out,’ then you have no ceiling,” she said, adding, “I am a product of people speaking life into me. We can speak death into people. Or we can speak life into people, with our words and with our actions. ”

And while some may look at people with disabilities with pity, Jen likes to remind everyone that we’re all more alike than different. “The one thing that everyone of us in this room have in common are obstacles, and struggles,” she said in Malaysia in 2019. “We all have them, will have them, and will continue to have them.” She encourages everyone she meets to take ownership of their daily choices. “We can [choose to] live in beauty, love, forgiveness, and acceptance, taking every day as a gift” when faced with adversity, she said.

In a world that so often forgets the innate dignity of every human person, regardless of appearance or “usefulness,” her message is one that should resonate strongly in the pro-life movement. “Every single person in this room has gifts, talents, and abilities… that can change someone’s life.”

The incredible story of Jen Bricker-Bauer is a reminder that every life matters. Every life has purpose.