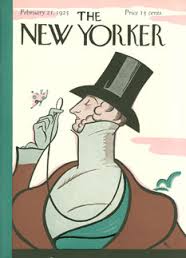 A lot of uncertainty.

On May 28, Jeffrey Toobin made a post in the “Daily Comment” section of The New Yorker. The article is titled “THE ABORTION ISSUE RETURNS,” and the first paragraph makes it clear that Toobin is referring to the Supreme Court as where “the abortion issue” will return to. At first I became confused, and slightly excited. Had the Supreme Court agreed to hear a case on abortion, and I was just that out of the loop? Nope, for Toobin asserts that the Supreme Court will “probably” hear such a case:

But before too long—indeed, probably next fall—the Court will have to return to one of its most enduring controversies: abortion.

Now, the illustration made me think that the article wasn’t going to be too favorable to the pro-life position. For the illustration, which is to the right of the first paragraph, done by Richard McGuire, shows a woman who seems daunted by the six different fingers pointing at her. Oh, right, because abortion is an issue just for that woman, and anyone else who has an opinion about it is being judgmental. At least that’s what I took from it.

The second paragraph goes on to put the passage of pro-life laws on Republicans and Tea Party candidates. Toobin does seem to suggest that taking a stand against abortion was almost a hidden agenda of sorts:

At the time, those electoral victories were largely portrayed as being based on economics; the Tea Party was often described as almost libertarian in orientation. But soon after new state legislators took office it became clear that social issues, and especially abortion, were among their highest priorities.

And then Toobin gets to discussing the actual laws he believes will lead to the Supreme Court hearing a case on abortion. He draws his information from the Planned Parenthood-founded Guttmacher Institute, from a specific piece discussing pro-life laws from 2012. The examples of laws contain problematic and biased information, such as regarding “requiring an ultrasound before any abortion” as “[t]he best known of these practices.” And what does the Guttmacher Institute refer to “these practices” as? The “[m]andating of unnecessary medical procedures.” It is truly cringe-worthy to regard an ultrasound as part of “unnecessary medical procedures.” How else is the abortionist supposed to confirm the state of development and know how to perform the right abortion?

To be fair, this is language from the Guttmacher Institute, not Toobin himself. And both sides of the abortion debate do refer to data from Guttmacher. However, Toobin very much goes with this tone. He doesn’t really question the reasons for such laws and just asserts in his next paragraph that “[t]he motivations behind these new laws are not difficult to discern.” It is a shame that Toobin does not take the opportunity to point out that 99% of  Planned Parenthood facilities perform ultrasounds prior to an abortion. To say so would not be propping up some pro-life agenda; it would just be stating a fact.

Here is the full bit from Guttmacher on how the Institute regards ultrasound laws:

And here is how Toobin regards the “motivation” for such laws. You will see that he just further adds to the anti-ultrasound sentiment:

The ultrasounds are supposed to shock women into giving up their plans for abortion; the regulations are designed to raise costs for abortion clinics and drive them out of business; the hospital-privileges rules are intended to limit the number of doctors who can perform abortions, or eliminate them altogether, especially in states with very few clinics to begin with. (Mississippi has only one.) The rules on later abortions are intended to build on the pro-life movement’s earlier success in banning so-called partial-birth abortions.

As you will also see, Toobin has an unwavering position against the pro-life movement when it comes to other laws as well, not just ultrasound ones. Perhaps all of his assertions are true, but he never dives into the real motivation behind such abortion restrictions.

For the rest of the article, Toobin discusses court cases, both at the Supreme Court and at lower courts. He asks, “[H]as the definition of an undue burden changed yet again?” and mentions examples where lower courts have considered state laws “an undue burden.” Toobin also speculates how the justices will rule, and his concluding sentence is that “[t]he only certainty is that abortion will soon return to a central place before the Justices, and in the political arena.”

We can already say, based on his piece, how Toobin regards any of these laws as being “undue burden,” in part because he fails to understand the necessity behind such laws. He also is unable to mention a motivation that amounts to anything other than pro-lifers wanting to restrict abortion. Pro-lifers already know such laws are really pro-woman and pro-children, because in reality, it is abortion that is anti-woman. While we cannot be any more certain than Toobin is as to how the Supreme Court may rule on abortion in the future, we can at least be certain that to be pro-life is to be pro-woman.