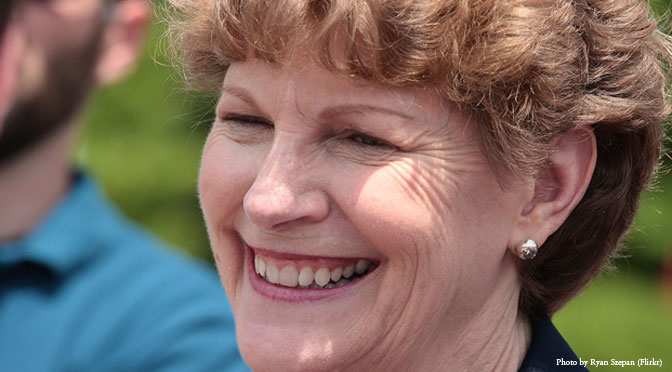 “One of the things we heard from the shooter in Colorado Springs, he almost parroted some of the outrageous and inciteful comments that have been made on social media by some of our officials,” she said in a radio interview. “And that is not a good way to address the issues facing this country.”

Shaheen went on to claim she wanted a “thoughtful dialogue” that was “respectful of other people’s opinions.” “We need to understand that we’re not all going to agree but hopefully we can agree to be respectful, and we can agree to debate issues peacefully, without name calling, without getting into personal attacks.”

Shaheen was referring to Dear’s courtoom declaration, “I am a warrior for the babies.” However, the pro-life movement widely condemned Dear’s killing spree, as it has past acts of violence against abortionists. Further, the details of Dear’s life that came to light following his crimes indicate a man largely isolated from society, with a history of mental instability and legal trouble.

During her 2014 run against pro-choice Republican Scott Brown, Shaheen herself employed rhetoric her critics blasted as extreme at the time, particularly in an ad accusing Brown of opposing birth control access for women and voting to force them to view ultrasound images of their babies. The Shaheen campaign withdrew the ad when it was revealed that the ultrasound requirement in question required abortionists to offer the images, but would not actually force women to look.