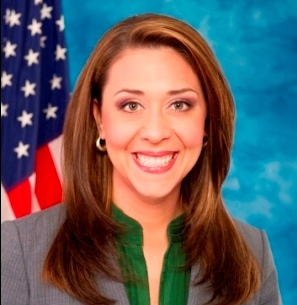 In May, pro-life Republican congresswoman Jamie Herrera Beutler announced that she was expecting a child. A few weeks later, she had a tragic update to share: her baby had been diagnosed with Potter’s Syndrome. Potter’s Syndrome is low amniotic fluid, usually caused by impaired kidney function. This can affect the development of the baby’s lungs, and most of the time, is fatal. Herrera Beutler and her husband were told that they had two options: have an abortion, or give birth to their baby, and wait for her to die.

Pro-aborts responded about as you would expect them to:

– Oh goody… and she’s GOP…. let’s all watch this one develop. Let’s see if she follows the party line ….

– Why not be proactive and get an abortion?

– She should just go to a Planned Parenthood and be done with “it”, after all, it’s not a human yet.

Because in the pro-abortion world, the answer to everything is abortion.

Fortunately, Herrera Beutler and her husband chose to fight for their child. Today, she announced that their daughter, Abigail Rose, was born two weeks ago and is truly a miracle baby.

Through the outreach of a parent who had faced a similar situation, we found a group of courageous and hopeful doctors at Johns Hopkins who were willing to try a simple, but unproven treatment by amnioinfusion. Every week for five weeks, doctors injected saline into the womb to give Abigail’s lungs a chance to develop. With each infusion we watched via ultrasound as Abigail responded to the fluid by moving, swallowing and “practice breathing.” The initial lack of fluid in the womb caused pressure on her head and chest, but over the course of the treatment we were able to watch them reform to their proper size and shape. Her feet, which were clubbed in early ultrasounds, straightened. There was no way to know if this treatment would be effective or to track lung development, but with hearts full of hope, we put our trust in the Lord and continued to pray for a miracle.

A day after the fifth infusion, Jaime went in to pre-term labor. After four days of trying to prevent pre-term delivery, Abigail prevailed and arrived. The doctors and nurses were prepared for the worst – but immediately after she was born, she drew a breath and cried! After a few minutes, it was clear that her lungs were very well developed for a baby born so early. The infusions had stopped the Potter’s Sequence. The next challenge was to address her lack of kidney function.

The first doctors we encountered told us that dialysis or transplant were not possible. No local hospital was prepared to perform the procedure necessary – peritoneal dialysis – on a baby so small. Johns Hopkins was willing, but too far to transport. After a day of searching, we found a team at Lucile Packard Children’s Hospital who were “happy to have her.” At sixteen hours old, she made her first trip to California, had surgery the next day and began dialysis immediately after. She is active, stable and breathing on her own.

Little Abigail is believed to be the first known survivor of Potter’s Syndrome.