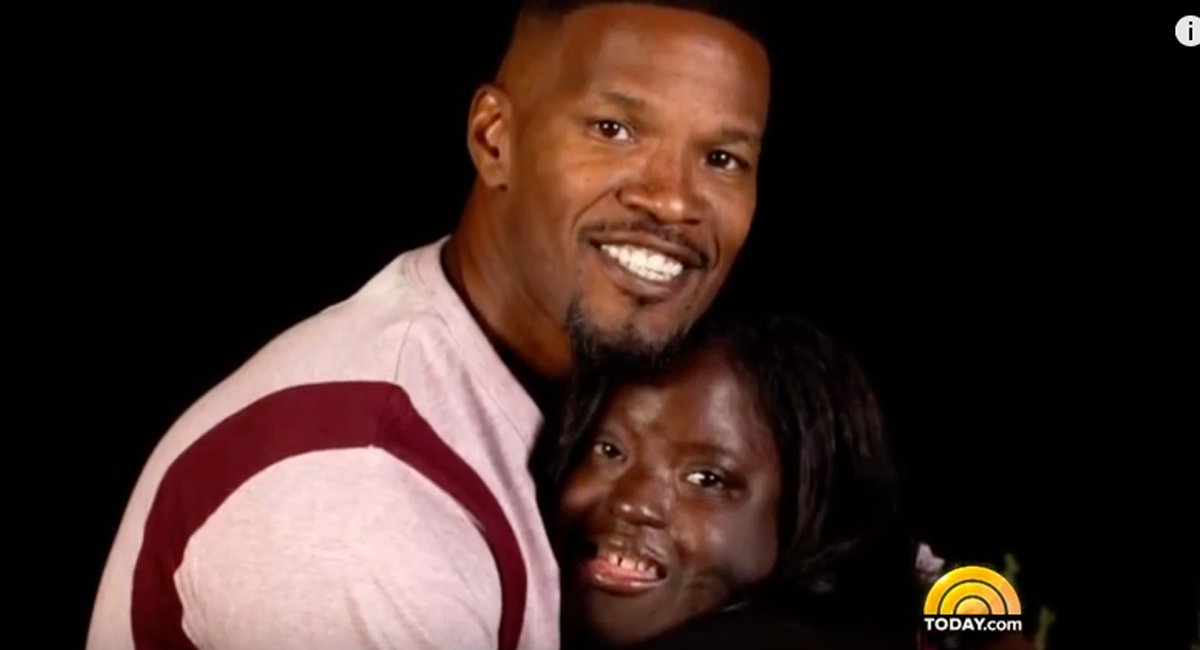 In August of 2018, actor Jamie Foxx, 50, opened up about his relationship with his sister DeOndra Dixon, age 33, who has Down syndrome. DeOndra has lived with Jamie since 2002 when she graduated from high school. Even though there is an 18-year difference between the two, they share a special bond, as he explained in a Today interview.

“I learned how to live,” from DeOndra, Foxx told NBC News correspondent Kate Snow. “Sometimes we get caught up in our world on the extras of everything — ‘Ah, the Mercedes is not the right color!’ And then you see this girl over here,” he said, referring to his sister. “‘I just want to live. I want to dance. I want to love.’ She brings you back down to what life is.”

And life is not about things. It’s about people — and family. Foxx made that clear when he invited many of his family members to come and live with him in Los Angeles after he found success in his career. “But DeOndra,” he says, “was the main purpose. I didn’t know what she was going to have to do as far as fending for herself and becoming an adult.”

“DeOndra has a light on that has been on since she got here… since she was born,” Jamie said of his sister. He says his family didn’t really know much about Down syndrome when she was born, but believes his mother “was smart in immediately keeping her normal…. ‘Hey, you want to be in the choir, you wanna do this, you wanna do that? Go do it!'”

And it seems that DeOndra is having the time of her life as an adult, doing whatever it is that she truly wants to do. She’s a global ambassador for the Global Down Syndrome Foundation (GDSF), and she has even participated in some of her big brother’s ventures. “Every year, I look forward to it,” DeOndra says of the GDSF fashion show, where she walks the runway. “I just wanna show my brother what I’m made of.”

DeOndra is not alone. People with Down syndrome are doing amazing things — but they’re also living ordinary lives like those of us who don’t have Down syndrome… loving their families and friends and making an impact on the lives around them just by being uniquely who they are.