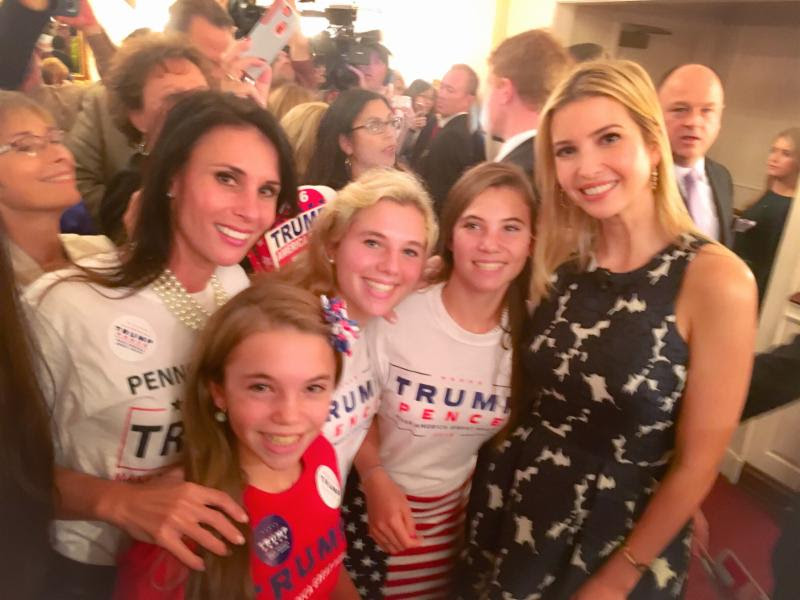 As the battle to defund Planned Parenthood at the state and federal levels rages on, Ivanka Trump, daughter and top adviser of President Donald Trump, met with the nation’s abortion giant in January. Earlier this month, Politico noted that Ivanka Trump was the one who “quietly reached out to the president of Planned Parenthood seeking common ground on the contentious issue of abortion.”

While Ivanka Trump has been involved in various ways in her father’s administration, as has her husband, Jared Kushner, she has chosen to keep quiet on certain issues. In facing criticism for remaining publicly silent in what some regard as problematic aspects of her father’s presidency, she has noted that she and her father do not always agree.

As Politico sees it, “President Donald Trump has been more open to Planned Parenthood than many of the lawmakers who control the levers of funding — a sign that it is not his viewpoint, the one over which Ivanka Trump holds the most sway, that needs to be changed.” However, as pro-lifers have been quick to remind the president, he promised to defund the abortion giant.

Last month President Trump offered to keep federal funding for Planned Parenthood if they ceased performing abortions, but the organization refused. Such scoffing at the offer shows that their true commitment is not to women’s health care, but to abortion. As a national and world leader in performing abortions, Planned Parenthood performs the most abortions in the country, at over 34 percent, yet they continue to mislead the public by claiming abortion is only 3 percent of their services.

Planned Parenthood Executive Vice President Dawn Laguens, who won’t even say when she believes life begins, said in a statement:

The purpose of the meeting, from Cecile’s [Richards, Planned Parenthood CEO] point of view, was to make sure that Ivanka fully understood what Planned Parenthood does, how it is funded, and why it would be a terrible idea for Planned Parenthood to be removed from being able to see Medicaid patients. The main thing that Cecile Richards was doing was explaining that the money doesn’t actually go to abortions — we get reimbursed the same way a hospital does. We were clearing up misinformation about how this works.

While taxpayer funding cannot legally go towards abortions except in narrow circumstances, money is fungible. Any funds Planned Parenthood receives for any services frees up money for abortions. Reimbursements are also not as simple as Planned Parenthood would like the public to believe, and there is evidence that several Planned Parenthood locations have engaged in Medicaid fraud.

In addition to this explanation and despite Ivanka Trump reaching out, Laguens had harsh words for the first daughter:

As Live Action News has reported, the Trump administration, with influence from the first daughter, has advocated for paid family leave, something both abortion supporters and pro-lifers can agree on.

Like Laguens, Richards has had harsh words for Trump. The health care bill which would have repealed and replaced the Affordable Care Act, as well as defunded Planned Parenthood for a year, was defeated before it could have a vote on the House floor. Richards told BuzzFeed that Trump’s silence was “deafening” and that it was time for her to “stand with women.” Richards also insulted pro-life women, claiming that women would “lose their lives over this bill” and that “any woman who votes for this bill is betraying every woman in America.”

However, if she were to stand up for women’s rights and healthcare, Ivanka Trump would encourage the defunding of Planned Parenthood, not solely due to their large market share of abortions, but because of their failure to report rape, their willingness to aid sex traffickers, and their involvement in Medicaid fraud and human body part sales. To support the defunding of Planned Parenthood wouldn’t mean Ivanka Trump was betraying women. It would mean that she instead supports Federally Qualified Health Centers, which outnumber Planned Parenthood locations 20 to 1 and do not perform abortions. These centers would receive funding rather than Planned Parenthood, which only holds 0.97 percent market share in cervical cancer screenings and 1.8 percent market share in breast exams.

Unfortunately for Ivanka Trump, she does not seem to have won praise from either side of the debate. Both pro-life and pro-abortion media outlets have not had kind words regarding her meeting with Planned Parenthood. For the time being, she is holding her ground and remaining publicly silent on the issue, leaving both sides to wonder how she is advising her father behind closed doors.

“I would say not to conflate lack of public denouncement with silence,” she told Gayle King in an interview. “I think there are multiple ways to have your voice heard. In some cases, it’s through protest and it’s through going on the nightly news and talking about or denouncing every issue on which you disagree with. Other times, it is quietly and directly and candidly. So where I disagree with my father, he knows it. […] I’ll take hits from some critics who say that I should take to the street. And then other people will, in the long-term, respect where I get to. But I think most of the impact I have, over time, most people will not actually know about.”