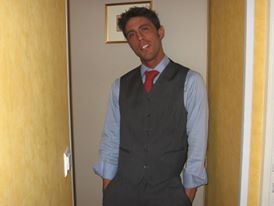 Last year, disability advocates around the world protested the movie “Me Before You” for its damaging message that death was better than being disabled. In the movie, Will Traynor is a successful, active man who is paralyzed after an accident. Despite falling in love with the film’s main character Louisa, and acknowledging that she makes him happier than he’s ever been before, Will kills himself at Dignitas. He leaves Louisa a large amount of money so that she can “live boldly”.

The disability community pushed back, fighting the film’s premise that it was better for someone to kill himself than live in a wheelchair. They argued that people with disabilities already do live boldly, and that treating life with a disability as a fate worse than death is ablest and offensive. Unfortunately, that message persists. And in Italy, a story very similar to that of “Me Before You” just played out in real life.

Fabiano Antoniani, an Italian DJ who went by the name DJ Fabo, has killed himself after a 2014 car crash left him severely disabled. He went from being an able-bodied adult to a blind quadriplegic who required round-the-clock care and was fed through a tube connected to his stomach. When rehabilitation and experimental treatments did not offer enough improvement, Antoniani eventually made the decision to travel to Switzerland, where he would kill himself at Dignitas. First, however, he spent three years unsuccessfully lobbying the Italian government to legalize assisted suicide.

According to The Sun, when he arrived in Switzerland, Antoniani released a statement, saying, “Finally I have managed to arrive to Switzerland. I have arrived alone, without the help of the State. I will be relieved soon from this hell of pain.”

A letter he wrote to a right-to-die advocacy organization also gave some insight into his state of mind, showing that he very likely was battling depression when he made the decision to kill himself.

As reported by ANSA, Antoniani wrote, “[I am] unable to support the physical and mental pain. I prefer to be alone now that I cannot live like before. I live at my mother’s home in Milan with a person who helps me and my girlfriend who spends as much time as possible with me. They take me out often, but I don’t want to. My days are soaked with suffering and desperation, as I longer find a sense to my life now. I am firmly determined to end this agony of mine, as I consider this more dignified and coherent to the person that I am.”

As he stated, his girlfriend, Valeria Imbrogno, stayed by his side after the accident. He also had a group of loving family and friends, who accompanied him to Switzerland to be there when he died. Imbrogno posted a message on Facebook expressing her grief at her boyfriend’s impending death, saying, “I wish this night would never end.” Yet Antoniani still felt that his life had no meaning and was undignified.

This is not an uncommon outlook; multiple studies have found that people seeking assisted suicide are struggling with hopelessness, fear (including fear of pain), and clinical depression. Overwhelmingly, when the depression is treated, the request for assisted suicide is withdrawn.

According to Herbert Hendin, M.D., author of Seduced by Death: Doctors, Patients, and Assisted Suicide, “Mental illness raises the suicide risk even more than physical illness. Nearly 95 percent of those who kill themselves have been shown to have a diagnosable psychiatric illness in the months preceding suicide.  The majority suffer from depression that can be treated.”

It’s truly heartbreaking that Antoniani felt that his life was no longer worth living because of his disability. Becoming disabled certainly did not mean that his life had less value or was no longer dignified. Allowing assisted suicide to flourish means that people like him will continue to have those feelings validated, told that yes, it is better for you to die. Suicide is considered to be a horrible act that should be prevented at all costs, but assisted suicide turns that on its head, to where now, suicide is something admirable and dignified, provided that the person in question is poor, or elderly, or disabled, or sick. No longer does society see suicide as something to fight against, but rather something to support and encourage. It’s truly unfortunate that this mindset continues to spread, with so few people willing to speak out against it.