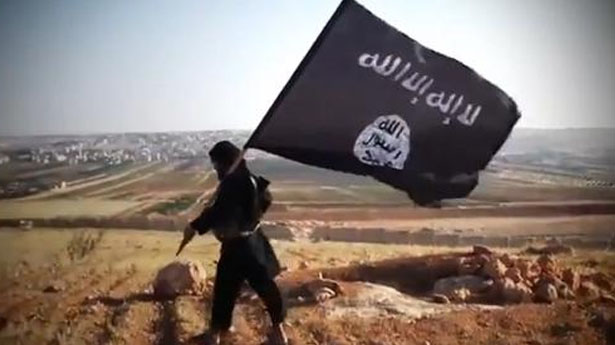 The world is watching in horror as men, women and children are being  massacred in a bloody genocide that is rapidly unfolding across the Middle East. Members of the Islamic State,  formerly known as the Islamic State in Iraq and Syria (ISIS), are pillaging their way through countries, leaving behind a trail of bloodshed, tears and shattered lives.

The militant group’s tactful and brilliant rise to power is sweeping through the region, catching governments unprepared. In Syria, Islamic State jihadists violently murdered countless citizens and forced others to flee the onslaught of violence. Syrians, lacking food, water and shelter, are sleeping and begging in the streets of the cities they flee to.

Now, the same story is unraveling in Iraq as the violence continues to escalate in a heavily sectarian country pending fragmented governments. Crucifixions, stonings and beheadings are rampant as militants take the region by storm. Extremists show no mercy as they murder the Iraqi people, burying women and children alive, and raping and kidnapping others.

Iraqi cities, such as Mosul, quickly became void of their centuries-old Christian heritage as Christians fled in the face of certain death or a crippling tax. Even churches, including one that stood for almost 2,000 years, are now empty as Islamic State extremists boast of the group’s eradication of Christianity from the region. Some escape the bloodshed only to find themselves fighting the terrors of starvation, dehydration and the unrelenting Middle East heat.

Thousands of Yazidis, a religious minority in Iraq, fled to Mount Sinjar to escape the extremist-led violence, only to be surrounded by ISIS fighters. Heartbreaking footage shows numerous Yazidi men, women and children scrambling to board a plane, itself in danger from oncoming militant fire, to escape. Only 20 were flown out.

In the wake of threats against American embassies, the United States responded with targeted airstrikes. Now, news is surfacing that extremists are eyeing Jordan and Lebanon, but the group clearly does not plan to stop there: ISIS has a defined motive to establish the Islamic caliphate (the restoration of Islamic sharia government), globally.

What is troubling is the blatant tactic used by Islamic State radicals in publicizing the group’s intentions. ISIS members posted disturbing messages on social media platforms noting the group’s presence within the United States. Photos of bloody, dead American soldiers emerged, threats against the United States mushroomed, and companion messages vowed to “raise the flag of Allah in the White House.” A troubling image of a ISIS member holding an Islamic State flag in front of the White House even announced that the jihadist group is among the American people. The message reads:

We are in your state,
We are in your cities
We are in your streets
You are our goals anywhere
We can no longer fail to recognize the urgency of the current genocide in the Middle East, the threats against our world, and the vicious genocides occurring across the globe–including the silent killing of pre-born children through abortion.

As seen through the tragedies of the Holocaust, the mass murders committed by Joseph Stalin in Communist Russia, and the silent genocide of millions of pre-born children murdered in the womb through abortion, innocent lives are the casualties of silence.

While we may realize it or not, the peace of all men must be intentionally fought for, defended, and maintained, daily– or it will be lost all too quickly. Although many in Nazi Germany opposed the heinous crimes perpetrated against the Jewish people, most were silent–and the peaceful majority were irrelevant.  Thus, genocides advance.

As millions are tragically affected by violence across the Middle East and the cries of the pre-born, though silent, are ended by abortion, may we not be guilty of inaction and silence.

“The only thing necessary for the triumph of evil is for good men to do nothing.”