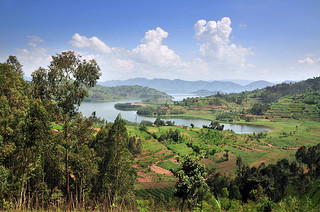 Eighteen years ago, the bloody horror of the Rwandan genocide broke out, resulting in the slaying of over eight hundred thousand Rwandans. Rwanda still recovers from the bloodbath – but now, some want to renew the massacre.

The law on abortion has been revised but there are still a few issues that need to be sorted to create a favorable environment for young people to have access to safe abortions. Safe abortion shouldn’t only be limited to victims of rape and incest. There are so many situations that lead to unwanted pregnancies, we are calling for the possibility of safe abortion.

We should encourage abstinence, but if it fails, then there are preventive measures such as use of condoms and contraceptives. However, we shouldn’t watch as girls die due to unsafe abortions. Decriminalizing abortion will save lives.

If people don’t control themselves and thus give way to licentiousness, they can use a pill to solve their problems. But if the pill doesn’t work, then they can legally get a “safe” abortion. This will save the lives of the mothers.

Will decriminalizing abortion really save lives?

“Pregnant Pause” states that “even a casual look at the numbers shows that the same statistics [pro-abortion advocates] use to prove that abortion is safe today, also prove that it was just about as safe before legalization.”

Women who have had an abortion are 488% more likely to commit suicide.

Abortion can only endanger the life of a mother–it does not protect her life. Not to mention the inevitable fact that for each abortion performed, a child dies. Far from saving lives, legalized abortion in Rwanda will only encourage women to abort. “Safe sex” and “easy solutions” will result in more unexpected pregnancies and more deaths.

The 1994 genocide wiped out 20% of Rwanda’s population, devastating the country. Abortion currently claims the lives of around 25% of American children. If abortion is legalized and becomes widespread in Rwanda, the genocide will return with vindictive fury.