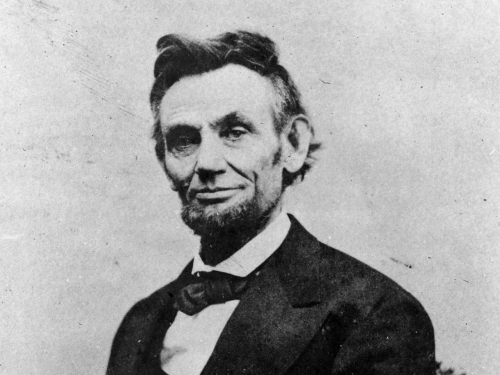 We’ve been here before. Absolutism didn’t work then, either. 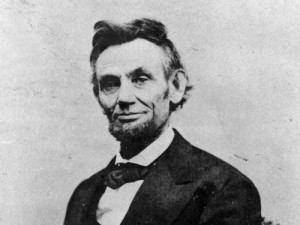 We all know by now that Mitt Romney isn’t the perfect pro-life politician. A former pro-choicer who still accepts rape and incest exceptions, he leaves plenty of room for improvement.

However, a few pro-lifers seem insistent on seeing Romney as not merely imperfect, but as their enemy. In response to the Romney comments I wrote about on Tuesday on not having specific abortion legislation in his agenda, Personhood USA declares that Romney “seems unwilling to do anything to change” America’s “liberal abortion laws” and accuses the governor of “turn[ing] his back on innocent babies.” And Doug Phillips at Vision Forum condemns Romney for “endorsing the brutal murder of some babies.”

Phillips is referring to a new Romney ad in which a former Obama supporter describes learning that Romney isn’t as extreme as she’s been led to believe:

Turns out, Romney doesn’t oppose contraception at all. In fact, he thinks abortion should be an option in cases of rape, incest, or to save a mother’s life. This issue’s important to me. But I’m more concerned about the debt our children will be left with.

This, Phillips says, is tantamount to the “Satanic lie” of “Nazi arguments for the compassionate killings of the unwanted, the sick or the elderly”:

As a father and a Christian who reads the Bible and believes that the Sixth Commandment is non-negotiable, I find it incomprehensible that any honorable man would ask people to support him on national television because “we are all creatures of God”, as Mitt Romney did in the second presidential debate, and yet simultaneously release television ads bragging about his support for the horrific murder of some children because they are particularly unwanted.

And yet that is exactly what Mitt Romney is doing […] Evil.

So whatever you do this November, please do not perpetuate the fraud that Mitt Romney is pro-life.

The ad is clearly trying to appeal to voters dissatisfied with Barack Obama’s presidency but fearful of Romney’s alleged extremism, but describing it as “bragging” about killing unwanted children is quite the stretch. The real issue is, once again, whether it’s acceptable for politicians to support exceptions and appeal to voters who do.

On the one hand, exceptions are clearly wrong in the abstract, for reasons we’ve exhaustively written about and debated here at Live Action. All live human beings are equally valuable and equally deserving of protection, regardless of the circumstances surrounding their conception, and the right to life supersedes all lesser rights. And as a matter of political strategy, I’ve long suspected that if more pro-life politicians were to go on offense rather than their usual defensive posture on the question – particularly by asking why innocent children should be punished for the crimes of their rapist fathers and putting names and faces to those pro-choicers condition people to think of as abstract choices or burdens – they’d be pleasantly surprised to see how many people simple, honest compassion resonates with.

On the other hand, we can’t just ignore the fact that, despite majority opposition to elective abortion, only 20% of the country is in the “no exceptions” category. As we’ve discussed before, incrementally pushing laws in the right direction without getting everything we want is often necessary in politics; here, I’d like to put the question in historical context.

America has only ever tolerated one other total dehumanization of her people of comparable severity to abortion: slavery. The Founding Fathers fully recognized slavery’s evil, yet they recognized that circumstances didn’t allow for the outright elimination of an industry and cultural staple that had been widely embraced for generations by the very people whose support they needed to form a new country, so they adopted a course that was about as incremental as possible: in the Constitution, they provided for the future prohibition on importing slaves into the United States and the greatly misunderstood Three-Fifths Compromise, which limited the influence of slave states in Congress and incentivized emancipation, and, most importantly, they enshrined the principle of human equality in the Declaration of Independence, a move Abraham Lincoln would later explain this way:

In fact they had no power to confer such a boon. They meant simply to declare the right, so that the enforcement of it might follow as fast as circumstances should permit. They meant to set up a standard maxim for free society, which should be familiar to all, and revered by all; constantly looked to, constantly labored for, and even though never perfectly attained, constantly approximated, and thereby constantly spreading and deepening its influence, and augmenting the happiness and value of life to all people of all colors everywhere. The assertion that “all men are created equal” was of no practical use in effecting our separation from Great Britain; and it was placed in the Declaration, not for that, but for future use.

Speaking of Lincoln, while today we revere him as the Great Emancipator, we often forget how incrementally he put his principles into practice. His goal was to push America in a more humane direction, albeit within the range of what he thought people were ready to accept, with the hope that future generations could bring them the rest of the way. Before the Civil War, Lincoln spoke extensively, in public and private alike, of slavery’s evil, yet his practical focus wasn’t on complete abolition – far from it. His arguments instead targeted the expansion of slavery into territories and new states. He considered enticing slaveholders to free their slaves voluntarily with monetary compensation.

And in comments that seem far more alarming than the Romney ad in question, Lincoln pledged to uphold fugitive slave laws, declared that he had “no purpose, directly or indirectly, to interfere with the institution of slavery in the States where it exists,” and even went out of his way to reassure voters that he was not advocating “the social and political equality of the white and black races” or “making voters or jurors of negroes, nor of qualifying them to hold office, nor to intermarry with white people.” It was only after the Civil War confirmed his worst fears about a half-slave nation tearing itself apart that Lincoln championed total emancipation through the Thirteenth Amendment.

Why? Because the prejudice he was fighting was so pervasive a reality that he had to pick his battles and seek the support of people who were only partially sympathetic to his cause – much like the predicament pro-lifers find ourselves in today, where despite the gains we’ve made, scientific ignorance and fear-mongering myths still hold a tight grip over many of our fellow Americans.

I am not equating Mitt Romney with Abraham Lincoln, nor do I presume to know how well a Romney administration would really champion the right to life. What I am suggesting, however, is that before pro-lifers declare pro-life politicians “evil” and “Satanic” for their strategic choices, they take a deep breath, look at the big picture, and recall that we’ve been here before.