Don’t hesitate. Help is at hand.

One of the abortion choices that is becoming more popular is the so-called “abortion pill,” or mifepristone (RU 486). 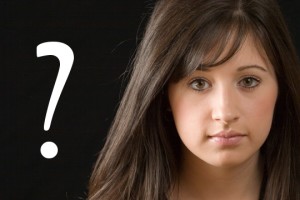 According to abortion advocacy group NARAL, this is how it works:

This procedure consists of actually taking 2 pills. The first is either mifepristone (approved for use in the US in 2000).

mifepristone works by blocking the hormone progesterone, which is necessary to sustain pregnancy. Without this hormone, the lining of the uterus breaks down, the cervix (opening of the uterus or womb) softens, and bleeding begins.

The second pill is misoprostol. Within a few days after taking either mifepristone or methotrexate, a second drug, misoprostol, is taken. misoprostol tablets (which may be placed either into the vagina, between cheek and gum, or swallowed) cause the uterus to contract and empty. This ends the pregnancy.

The abortion pill has to be dispensed by medical personnel, and after an ultrasound to determine the age of the embryo. Originally the first pill was dispensed up to 7 weeks, but between 2007 and 2008, Planned Parenthood changed it to up to 9 weeks (from 56 to 63 days).

With this change, the chances of an incomplete or failed abortion increase – making things more profitable for the abortion provider, since the woman will have to return for a surgical abortion to finish the procedure.

By pushing the limit at two weeks beyond the FDA-approved window for the drug, Planned Parenthood increased its chemical abortion business by 30% in the year 2008. In a low estimate, chemical abortions performed between 57 and 63 days failed about 5.2% of the time. Meaning that in 2008, at least 1,138 chemical abortion failures would have turned into “follow-up” surgical abortions. 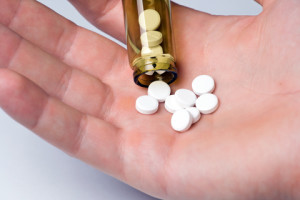 The abortion pill is not cheap. The out-of-pocket expense for the woman taking it ranges between $300 and $800.

This procedure is no walk in the park, either. Abby Johnson, in one of the chapters of her book UnPlanned, narrates the harrowing and painful experience that was taking the abortion pill.

Other people, such as Angie Jackson, live tweeted her chemical abortion under @AntiTheistAngie and created the hashtag #livetweetingabortion. At first, she sounds excited by how easy it is to take a few pills and do this at home. As the hours progress, things don’t go as great and easily as she thought they would.

So what you decide to use RU-486, take the first pill, and then change your mind?

The clinic that provided you the pills will tell you there is no way back once you start the procedure.

But actually, there is a form to potentially reverse the effects of the first pill.

Based on this, Dr. Delgado, with the help of Dr. Mary Davenport, wrote an article in the Annals of Pharmacotherapy, where the two describe six cases of women who decided to reverse the effects of mifepristone. Of the six, four delivered full-term healthy babies.

Since most of mifepristone will be gone in 2 days, and in 5 days it will leave the body, this extra progesterone treatment is usually not prolonged.

So far, this innovation has helped 15 women reverse the effects of the abortion pill.

Those interested in more information are encouraged to visit abortionpillreversal.com, or call 1-877-558-0333.

You can call from anywhere, and the doctors will contact someone in your local area who can help you reverse the effects of the abortion pill. They encourage medical personnel who would like to learn this technique to contact them as well.

Dr. Delgado will be hosting  a webinar in March, in conjunction with Heartbeat International, aimed at health care practitioners to further the knowledge of the abortion reversal procedure.