Would we even ask that question for any other group of people? 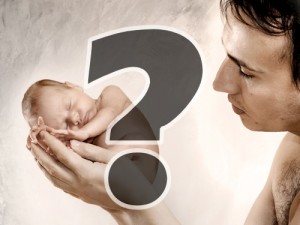 One proponent of this line of reasoning is pro-abortion activist Joyce Arthur. Her article “Know Your Enemy” from the Pro-Choice Action Network says the following:

It [abortion] means valuing quality of life over quantity of life. Access to legal, safe abortion is a blessing, because it benefits women, families, and society. … To choose not to give birth when there’s little foundation for that child’s well-being is a moral and caring act.

The majority of women who abort do so because they know that the unwelcome child, born of constraint or misfortune, will be wounded in some unacceptable way. As Artemis might kill a wounded animal rather than allow it to limp along miserably, so a mother wishes to spare the child painful destiny. (1)

History shows us that this is not the first time such an argument has been used to justify evil.

Abolitionists argued against slavery, decrying the injustice of the system that kept a whole race of people in bondage. Slaves had virtually no rights – they could be beaten, sold, separated from their families, worked to death, raped, and hunted down if they tried to escape. No one in the 21st century would argue that slavery was not a cruel and unjust system that caused untold suffering to thousands of African-American families.

Yet some slave-owners used the justification that their slaves would be unhappier if they were freed. One biographer of Thomas Jefferson claims that this is the reason why Jefferson did not free his slaves:

… It was Jefferson’s humane feeling for his slaves they kept him from freeing them. To free the ordinary slave was not very different from starting him on the road to starvation. Or as Jefferson put it … like abandoning children. (2)

Another biographer of Jefferson gave the same excuse for the former president, writing, “… To turn loose the mass of slaves would have been, in his eyes, an act of heartless cruelty” (3).

The philosophy was that it was better to keep a person in slavery than to allow him to fend for himself and possibly encounter poverty. The argument avoids the fact that slavery was, in and of itself, cruel and evil. To modern readers, this argument is absurd – how can an institution that so gravely violates human rights and causes so much suffering be seen as a kinder alternative to freedom?

But then we must ask ourselves, is the abortion issue so different? An abortion procedure tears apart a developing baby. It kills the baby, usually by dismemberment, depriving the child of life at its most helpless stage. Abortion is a violent, invasive, gruesome procedure. The cruelty of abortion and the fact that the victim is denied any chance of life or happiness in this world stands in opposition to the argument that an aborted baby is better off.

Child abuse and poverty are serious issues, and everyone should be concerned about them. But the answer is not to impose death on the victims of these evils. It makes no more sense to kill unborn babies who may born in poverty than it does to round up the children of poor families, line them up, and shoot them. We do not put abused children to death in this country – we relocate them and help them overcome the abuse. No one’s life is guaranteed to be perfect, or even easy – but no one has the right to make the choice for another individual that his life is not worth living.

The argument that abortion is good for the unborn baby seems ludicrous when looked at in these terms, but many are taken in by it. It is a twisted view of reality that sees terrible human rights abuses as the lesser of two evils. Slavery and abortion are both wrong for the same reasons – they deny a human being the right to life, liberty, and the pursuit of happiness. They reduce a person to commodity, something that can be bought and sold or killed. Saying that this violation of rights is somehow beneficial to the victim is an insult to the memories of the slaves and a terrible excuse for violence against the unborn.