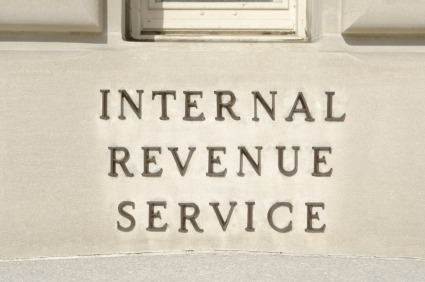 And this type of abuse is far from over.

If the Watergate scandal went down as one of the worst in history, the recently revealed series of government abuses nicknamed “IRSGate” is on its way to becoming just as infamous, as details of rampant targeting and harassment of American entities (run, of course, by American citizens), based purely on the organizations’ or citizens’ political views, continue to emerge.

It began when Lois Lerner, Director of the IRS’s Exempt Organizations, admitted in a press conference that IRS agents had targeted conservative groups for intensive and inappropriate screening, as well as unmerited delays of their applications, and harassment. According to documents released by the American Center for Law and Justice, IRS agents went so far as to demand the names of all contributors or volunteers, details about what types of issues candidates would be asked about in candidate forums, and disclosure of any personal relationship organization members had with candidates or elected officials.

Then it was disclosed that not only had conservative political action groups been targeted, but a prominent evangelical, James Dobson, had initially been denied tax-exempt status for a new organization he had incorporated based on the fact that Dobson had personally “criticized” President Obama.

In the growing tidal wave of revealed harassment, it was also discovered that the IRS had targeted not only political action groups, but also pro-life groups. Cherish Life Ministries, for example, a charitable organization which focuses on serving young mothers, educating the public on life issues, and supporting churches, was denied 501(c)(3) status and told that, in order to qualify, the group must also provide pro-abortion materials equal to their pro-life materials. Laughable at best, given that Planned Parenthood has maintained the exact same tax-exempt status being sought by Cherish Life with zero requirement to promote pro-life materials.

Coalition for Life of Iowa suffered a similar fate, with their application resulting in excessive delays, invasive questioning, and a final letter stating that the application would be accepted only if the group provided the IRS with a letter, signed by the entire board, stating under perjury of law that they would not picket/protest or organize groups to picket or protest outside Planned Parenthood. The group sought legal help from the Thomas Moore Law Center and has now received its tax-exempt status, though details of the harassment remain chilling.

Perhaps even more disturbing is what happened to the group Christian Voices for Life, who were subjected to unconstitutional questions relating not just to their pro-life views, but their prayer vigils as well, harassing the group not only for pro-life speech, but also for exercising their religion.

Ironically, while admitting that agents targeted groups based on whether there were “[conservative] names in the title” and that the search terms which led to targeting included phrases such as “government spending,” “government debt,” and “taxes,” with pro-life status as another criterion, Lerner maintains that the targeted efforts were not politically motivated, though it is also known that no liberal groups received any similar harassment. Currently, Lerner maintains that it was the result of a small group of Cincinnati-based agents trying to “centralize” the process.

The scandal is not nearly so cut-and-dry as Lerner is suggesting, however – first because in reality, the Cincinnati office has had sole oversight of the entire process of applying for tax-exempt status for a decade. It hardly qualifies as a small band of rogue IRS agents.

Valid questions have also been raised regarding the ties between  President Obama and Planned Parenthood, and the targeting of pro-life groups who have advocated against the abortion giant, or criticized the pro-abortion president.

The concern deepens at the acknowledgement by leaders that, while President Obama likely did not have personal knowledge of the targeting, it is implausible to argue that senior-level officials were in the dark, particularly as it has now been revealed that the scandal was deliberately buried until well after the presidential elections were held. In fact, it has been revealed that top treasury officials were made aware of an investigation into the alleged abuses nearly a full year ago.

The IRS is now facing a lawsuit over the scandal, with the potential to charge the organization under a multitude of criminal statutes, and that is reassuring. However, given that Obama’s nominee for the Department of Labor is Thomas Perez, a man known for targeting pro-life citizens and groups, and that the IRS agent in formerly in charge of the office which produced these abuses is now in charge of the IRS office which will oversee ObamaCare compliance, pro-lifers should be aware that this type of abuse is far from over.