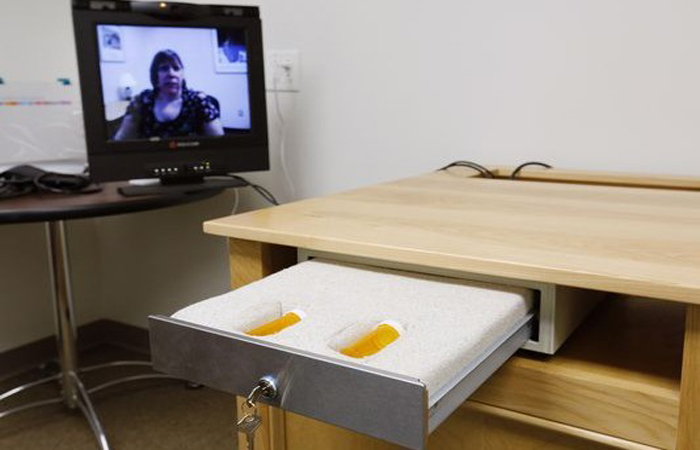 With no examination on the woman, doctors can prescribe abortion pills via webcam, Iowa’s Supreme Court ruled Friday, giving Planned Parenthood of the Heartland a major victory.

In the 6-0 ruling,  justices said that banning telemedicine abortions would amount to violating a woman’s right to abortion. The Des Moines Register reports:

More than 7,200 Iowa women have used the system to obtain abortion-inducing pills since 2008. The system, the first of its kind in the nation, allows Planned Parenthood doctors in Des Moines or Iowa City to interact via video with patients in outlying clinics, then dispense the pills to the women via a remote-controlled drawer.

But in 2013, the procedure was banned for concerns over women’s safety in obtaining a serious procedure as medical abortion, with only a webcam call and no medical supervision. Planned Parenthood’s appeal lost in 2014; however, the Supreme Court overruled the decisions, and said that since telemedicine is used widely, this can be no different.

In fact, telemedicine is more popular — and insurers like it. Phone-in/webcam medicine is becoming a popular option for people who have ailments like sinus infections or migraines, and need a physician to send in a prescription.

Such services, however, do not prescribe for serious illnesses, nor do they prescribe controlled substances. Thus, it’s baffling to understand why there isn’t a distinction in telemedicine. The wrong nasal spray or migraine medicine may extend discomfort, but there is only one abortion pill, and in the in-home consequences involve not only a dead baby, but blood, cramping —and sometimes more serious medical complications that need a doctor’s physical supervision. But the Iowa Supreme Court disagreed:

“‘The Supreme Court determined the medical board’s rule imposed an unconstitutional ‘undue burden’ on women’s right to abortion. It noted that national standards do not require a physician to perform a physical examination on a woman before providing a medication abortion.

Planned Parenthood is rejoicing that women’s rights have somehow prevailed. But the only thing that has prevailed from this decision is a higher risk to vulnerable isolated women in rural Iowa who think technology is their friend, and can only hope it doesn’t become their enemy if medical complications occur far from their attending doctor.