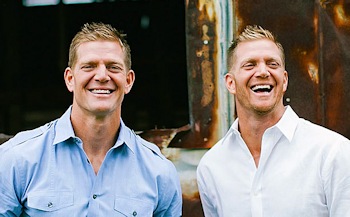 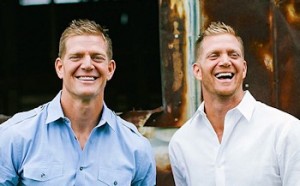 No sooner had Home and Garden Television (HGTV) announced its exciting new series, Flip it Forward, than the show was canceled, and the news happens to come on the heels of an angry report from a pro-abortion organization that has a problem with the show’s twin brother hosts. The group, quite ironically named “People for the American Way,” publicized the pro-life views of the brothers, David and Jason Benham. Their version of the “American way,” apparently, does not include the freedom to have pro-life views.  The group describes its work “monitoring” conservative media:

People For the American Way’s Right Wing Watch is dedicated to monitoring and reporting on the activities of right-wing political organizations, in order to expose the agenda of the extreme Right… We hope that by shedding light on the activities of right-wing organizations, we can expose the risks that their extreme and intolerant agendas present to our country.

Exactly what “risks” the pro-life views of the Benham brothers pose to potential HGTV viewers is a mystery. Nevertheless, People for the American Way suggests that the brothers’ pro-life views should disqualify them from achieving their career goals:

What the [HGTV] announcement [of the new show] didn’t mention is that at least one of the Benhams is not just a real estate dealer but also a dedicated right-wing activist in the mold of his father, Flip Benham, who has headed the abortion-clinic protest group Operation Save America ever since it split from the militant anti-choice group Operation Rescue.

The Benhams’ pro-life views are an outrage to this group,  and so is the fact that they happen to be the sons of their father– a man that People for the American Way has a long history of disliking. In fact, much of their piece  (which they have had to edit due to mis-attributed quotes) is dedicated to what the twins’ father believes, and what people with whom their father is affiliated believe, and not what the twins themselves have said. The degrees of separation that exist between the Benham twins and the people with whom they are being aligned is truly mind-boggling given the fact that People for the American Way claims to stand against intolerance. After all, if it’s not “intolerant” to go after someone’s career based on statements made by their father and his friends, what is?

But speaking of what the twins have said, here’s a sampling of David Benham’s (one of the twins who was slated to host Flip it Forward) personal beliefs. Here, he’s leading prayer and activism at an abortion mill in North Carolina:

In this video, Davis is calm, articulate, loving, and encouraging. That this activity is so abhorrent to People for the American Way is nothing short of laughable. In the video, David can be seen telling the crowd that people just need to be loved, and that they need Jesus. He talks about funding mobile clinics to help women find alternatives to abortion and providing free sonograms. He talks about setting up pro-life billboards and education programs. He talks about supporting the work of Online for Life and thanks “all the folks that are fighting this battle,” and he prays that all the churches in North Carolina will realize that abortion is a mission field.

This isn’t the first time a powerful company or organization has buckled under the pressure of the abortion movement’s attacks on disagreeing views. David and his brother lost their HGTV jobs after these peaceful, Christian beliefs came to the fore. Intolerance? It seems to be coming from the other side of the fence.