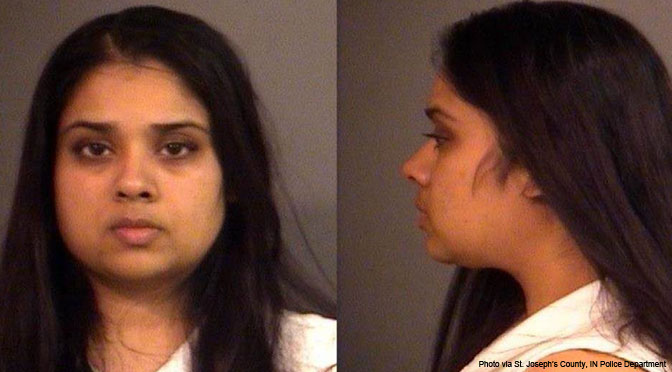 Today, the Indiana Court of Appeals began hearing arguments that it should throw out the conviction of Indiana woman Purvi Patel for attempting to self-abort her preborn son, then leaving him to die in a dumpster when he was born alive.

Patel’s attorneys claim it was inappropriate to charge her under the state feticide statute, because it was “passed to protect pregnant women from violence” against their developing children, rather than to prosecute violence performed by the mother. The office of the Indiana attorney general will defend the conviction, arguing the law “is not limited to third-party actors.”

However, Patel was also convicted of child neglect for abandoning her son after birth. Her attorneys claim this, too, was illegitimate because medical assistance would have been futile and that she did not know her son was alive. The state responded that the prosecution was “not required to prove that an attempt to obtain medical care would have saved the baby’s life,” and that Patel “placed her baby in appreciable danger by not obtaining medical care for him.”

As Live Action News previously covered, Patel was a 33-year-old, financially-stable woman who sought illegal abortion drugs. Rather than either give her baby up for adoption, or seek a legal abortion, she wanted to hid the fact that she had slept with a married co-worker. Patel’s emails and text messages confirm she had searched for, purchased, and used the abortion pills.

After she delivered the baby, Patel wrapped him in a garbage bag and left him in a dumpster. Subsequent medical examination concluded the boy had taken a breath outside the womb. In addition, her attorneys’ claims that she didn’t know her son was born alive are incompatible with her claims to have attempted to resuscitate the baby (which itself was inconsistent with her initial denials to hospital staff of ever having been pregnant).