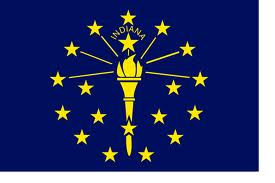 Live Action has showed that the abortion industry will happily cover up crimes such as statutory rape and child sex-trafficking. Pro-aborts have attacked Live Action and Lila Rose for these investigations, saying that they are staged and overly edited to make the abortionists appear to be breaking laws, something that never, ever happens in real life. Except, you know, when it does.

An abortion apparently performed on a 13-year-old patient earlier this year has resulted in a pair of legal complaints filed against a doctor who practices one day a week in Fort Wayne.

The documents, expected to be filed today with the Indiana Attorney General’s office and the Indiana Medical Licensing Board, state that Dr. Ulrich Klopfer of Illinois, who performs abortion in Fort Wayne at 2210 Inwood Drive, failed to report an abortion he performed on a 13-year-old as required by state law. The age of the patient surfaced as Allen County Right to Life Executive Director, Cathie Humbarger, reviewed publicly available terminated pregnancy reports. The pregnancy report, filed with the State Department of Health, appears to confirm the allegation.

Humbarger said the report also shows that abortion performed at the Fort Wayne Women’s Health Organization on Feb. 7 was not received by the Health Department until July 25, not within three days of the procedure as specified by law. Similar complaints were filed with the Attorney General’s office and the Indiana Medical Licensing Board by sidewalk counselor Evelyn Witte of Fort Wayne.

A 13-year-old girl became pregnant and obtained an abortion, and the abortionist failed to report it as required by law. This is a clear-cut case of statutory rape, and a clinic covering up that crime. As usual, we see abortionists who find themselves above the law, willing to cover up crimes in order to perform an abortion – and, more importantly, profit from it.

It would be wonderful if the investigations by Live Action were the only times clinics were caught covering up crimes in order to continue raking in their blood money. Unfortunately, the abortionists just won’t cooperate, and time and time again, our investigations are proven to be sound. Our undercover videos may have used actors, but these exact same scenarios play out in real life…and abortion advocates look the other way.