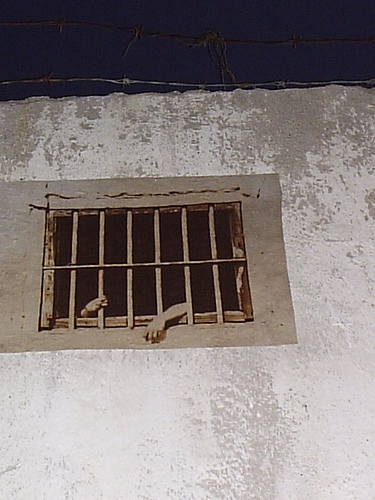 But will it make a difference?

A new initiative in India could jail families who force women to abort a female fetus. Current laws prohibit sex selection, but they are widely ignored. 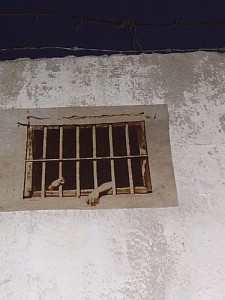 Women forced to have abortions are locked in a different type of jail cell. This injustice must end. Photo credit: the_kid_cl on Flickr

India is known as one of the biggest violators when it comes to gender-selection abortion and female feticide. In 2011, a Thomson Reuters Foundation survey revealed that India was the fourth-most dangerous country in the world for women:

Besides the incredibly high rates of human trafficking and prostitution involving women, female foeticide and infanticide is incredibly high there. Around 50 million females have reportedly gone missing because of the practice in the last century…

Indeed, “it’s a girl” may be one of the most dangerous sentences spoken in India. The ratio of boys to girls has dropped considerably in this nation over the last half-century.

Campaigners believe up to eight million unborn girls were aborted in India in the last decade, while UN figures show that female infants are twice as likely to die in India before the age of five. The number of girls born per thousand boys has declined from 976 in 1961 to 914 in 2011, according to census statistics.

The makers of the documentary It’s a Girl discuss the reasons why so many girls are aborted, abandoned, and killed in India and other countries around the world:

Girls who survive infancy are often subject to neglect, and many grow up to face extreme violence and even death at the hands of their own husbands or other family members.

The war against girls is rooted in centuries-old tradition and sustained by deeply ingrained cultural dynamics which, in combination with government policies, accelerate the elimination of girls.

Indeed, despite Indian laws opposed to gender selection, many Indian families still place a higher value on sons versus daughters. And despite the nation’s attempts to curb the widespread killing of girls – both born and unborn – the killing continues. Currently, laws are in place to punish doctors who perform the abortions or ultrasounds for the purpose of gender selection. The punishment consists of fines or imprisonment.

A source in India’s government gave further details about the proposed new law to the Daily News:

[The] official, who asked not to be named, said the government wants all those who pressure a woman into having an abortion to bear the punishment.

‘Nothing has been decided but it is likely there will be a jail sentence between 6 months to 7 years. The jail term will depend on whether the family was just involved in sex selection or both selection and subsequent abortion of the fetus,’ she added.

The Daily News highlighted a large poster encouraging families to welcome a baby girl just as they would a boy. “Save Girl, Save Family,” the poster reads. “Girls bring happiness at home. SAVE them!” It is very important for the Indian government to communicate this message in the rural villages as well as its cities, so that the message of the value of girls is spread throughout the nation.