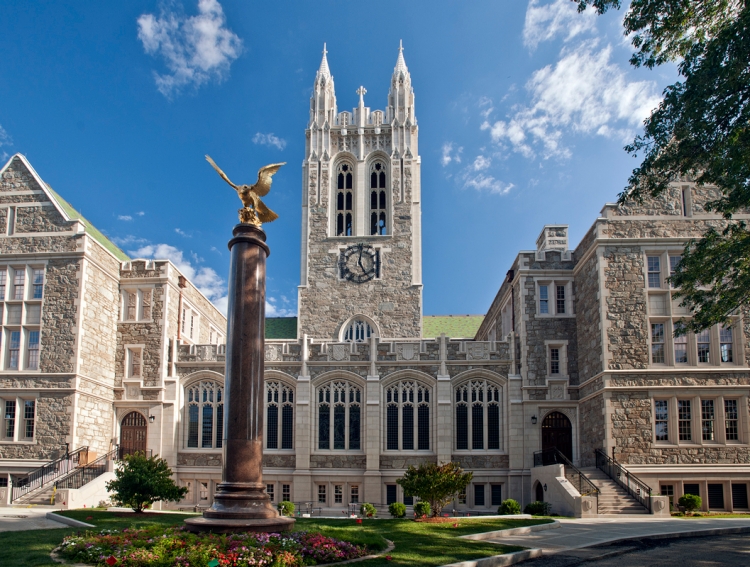 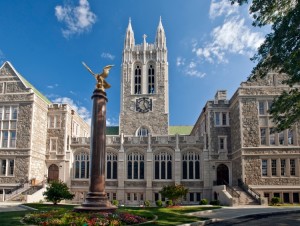 It seems freedom of association and religious doctrine, and the juxtaposition thereof, are concepts destined to elude liberals’ grasp. That’s the inescapable takeaway from The New York Times’ report on trouble at Boston College, where the Jesuit school’s administrators have decided to crack down on an unofficial student group dedicated to free condom distribution:

“While we understand that you may not be intentionally violating university policy, we do need to advise you that, should we receive any reports that you are, in fact, distributing condoms on campus, the matter would be referred to the student conduct office for disciplinary action by the university,” the letter said.

“As a Jesuit, Catholic university, there are certain Catholic commitments that we are called to uphold, including the commitment not to publicly distribute condoms on our campus,” Jack Dunn, a spokesman for the college, said in an e-mail.

The so-called Boston College Students for Sexual Health, of course, don’t see it that way:

“Students are going to be having sex regardless, and unless they have the education to know that you need to use a condom every time — for pregnancy prevention, S.T.I. prevention — and unless they have them available, they’re not going to use it,” said Lizzie Jekanowski, a senior and the chairwoman of the group. “It harkens to a much deeper Catholic morality of caring for your neighbor — and that’s literally what we’re doing, is caring for our neighbors” […]

“We just wanted to help normalize the presence of condoms, whereas before, they were super taboo,” said Scott Jelinek, a founding member of the group, who graduated from Boston College in 2010 and teaches at a public school in Denver. “Students need the resources to make safe and healthy decisions.”

And naturally, the Massachusetts chapter of the American Civil Liberties Union is on the case:

“They don’t have a right to impose their religious beliefs on students or faculty, through threats and intimidation, when those students or faculty are engaged in lawful and constitutionally protected activity,” said Carol Rose, the executive director of the A.C.L.U. of Massachusetts.

That’s as good a place as any to begin dismantling this nonsense. The Constitution dictates what laws can’t keep people from doing; that doesn’t extend to voluntary participation in private institutions. Choosing to skip classes is also perfectly legal, but so is your school cracking down on you for it. The Constitution would protect my right to start writing pro-abortion screeds; it wouldn’t obligate Live Action to keep me on board while doing so.

This is not complicated: religious schools exist to teach religious values, presumably to students who share their religion and want to learn and follow its precepts. Enrollment at one is voluntary. When you claim membership in something, you don’t just take from it; you also assume certain responsibilities above and beyond those of the law.

In this case, that means honoring Boston College’s mission of “integrating intellectual, personal, ethical, and religious formation,” and adhering to the responsibilities contained in its code of conduct, which include “respect[ing] the values and traditions of Boston College as a Jesuit, Catholic institution.” In particular:

As a Catholic, Jesuit institution of higher learning, Boston College adheres to the Church’s teachings with respect to sexual intimacy. Consequently, sexual activity outside the bonds of matrimony may be subject to appropriate disciplinary sanctions.

Yes, you have the right to disagree with Catholicism’s positions on sexuality and birth control, to buy all the condoms you want, and to have sex out of wedlock. But y’know what else you have the right to do? Choosing to get your higher education somewhere that isn’t founded on beliefs you don’t hold. Choosing not to sign onto behavioral standards you have no intention of honoring. Choosing to find a religion (or lack thereof) more to your liking.

Jekanowski’s claim to represent some “deeper Catholic morality” is patently absurd. For one thing, she must have an awfully low opinion of her fellow students to assume they’re that ignorant of sex’s risks, or that all of them are as dismissive of Catholic sexual ethos as she is. For another, it erects a false choice between physical and spiritual health. The right way to satisfy both is by cultivating an honest and truly comprehensive understanding of sex’s benefits, dangers, and meaning, not skipping right to facilitation of irresponsibility and sin. Other Boston students get it:

“To sort of be treated like either we’re not adults enough to provide for ourselves, or in some instance we’re animals that can’t control our passions, I think it’s degrading to the student body,” said Nathaniel Sanders, a Boston College senior.

“Having condoms distributed on campus is the university kind of validating hookup culture,” said Katelyn Conroy, a junior who leads the college’s Pro-Life Club. “The argument is that condoms prevent the spread of S.T.D.’s, but, really, if you hand out condoms on campus, it puts an idea in their head.”

Though not a religious school, my alma mater, Hillsdale College, has a similar outlook on moral matters. I wouldn’t be so naïve as to suggest that hookups never happened during my time there, but somehow the student body managed to avoid any STD outbreaks or out-of-wedlock pregnancy epidemics, without the aid of free condom distribution. It’s no big secret how: Hillsdale makes perfectly clear that personal virtue and responsibility are cornerstones of its mission and culture, so prospective students know what to expect, and accordingly they either attend and comply or try their luck elsewhere.

Freedom works. When you let it.