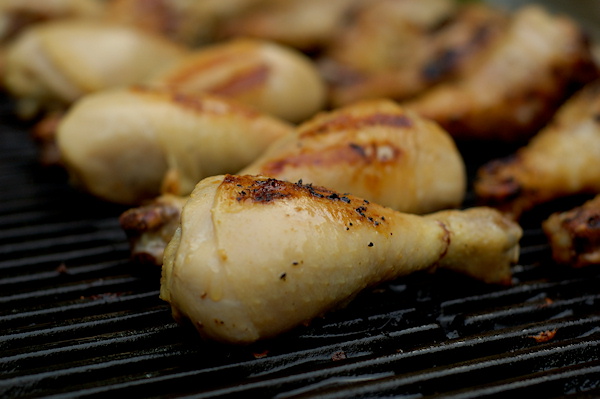 I don’t have a problem eating chicken while I fight for unborn babies.

I once gave a lecture on abortion at a college in Connecticut. After I finished my talk, I allowed time for students to share any questions they had related to the topic. One of the first people to approach me was a young man who ran a radio show on campus. I remember this man because he walked up to me and zealously stuck a pamphlet in my hand. When I looked at the information, I saw a picture of some miserable-looking chickens stuck in cages. The man began to inform me that eating meat was animal cruelty, that chickens are just as valuable as fetuses, and that a true “pro-lifer” should care for both.

Now, don’t get me wrong; I like animals. While I’m not a dog person, I have compassion for the creatures. I hate it when I hear about poor pooches being used for dog-fighting. That’s just plain wrong. Find a better hobby, people.

But while I’ll agree that animals should be protected, I do think our society often has its priorities mixed up when it comes to pets. Case in point: Michael Vick. The man gets caught taking part in illegal dog-fighting rings (like I said, totally wrong), is condemned by the media, pays thousands in fines and serves 18 months in a federal prison. Yet abortion doctors can tear apart six-month-old babies in the womb and there’s no national uproar. Sheesh, George Tiller is still considered a hero by many. 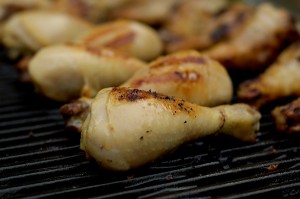 Back to my college story. I kindly told the well-meaning man that I defend children, not chicken. I’m not sure if I worded it like that, but he got the point.

Fast-forward a few summers. I’m leading a prayer meeting in downtown New Haven, CT at the Amistad memorial. The Amistad memorial is located on the spot of a former jail that once held the slaves who escaped from the ship Amistad. I was leading a prayer meeting focused on ending abortion in front of the statue of former slave and abolitionist Cinque.

I picked that location to make a point. Slavery was an atrocious crime that destroyed the lives of millions of Africans, but there is a greater evil that’s eliminating blacks from the planet. Many slaves lived lives of great oppression, but they lived nonetheless. If they hadn’t, Harriet Tubman couldn’t have been my personal hero. Abortion – unlike slavery – stops a beating heart and destroys life before it begins.

By some crazy occurrence, the same weekend I had my prayer meeting downtown, another organization was holding an event just feet away from ours. It was PETA, the animal rights group that seeks to protect their furry friends at all costs. You may recall some of their more radical members throwing paint at models wearing fur. Lady Gaga enraged them when she wore a dress made of raw meat.

So PETA was holding an event on the New Haven green with huge pictures of Africans in chains placed alongside pictures of animals in cages. They declared the suffering of animals comparable to the pain Africans endured in slavery. As you can imagine, some found their exhibit quite offensive. I heard about it when a friend asked if I was downtown holding pictures of slaves and chickens. I made it very clear I was not.

A chicken and a child do not have the same value. While I’m at it, a tree and a child don’t, either. Trees are important, but so is paper, firewood, and the oak table I’m leaning on as I write this article. How can we as a society fight for the protection of whales, trees, and chickens while neglecting the right of innocent children to live?

A girl on a train once told me a story about the time her mom gave her a lobster to play with, then minutes later picked it up and threw it in a boiling pot of water. She was never the same. The girl was so struck by her playmate’s sudden death that she vowed to never eat meat again. The girl brought up the story when I began to tell her I was pro-life. She assumed that since I was pro-life, I should be vegetarian, vegan, or an animal rights activist. If I really cared about innocent life, surely I should battle to save the animals.

She’s not the only one who thinks that way. PETA even made a sign that says, “Pro-life? Go vegan.” Along with the words on the sign are three cute little chicks. PETA wanted to use the image in a billboard in the Houston area when Planned Parenthood was opening up its mega-clinic in that city. In the midst of the pro-life/pro-choice debates, PETA wanted to bring “peace” by telling people to respect the sanctity of all life.

I believe that humans are superior creatures to plants, animals, and all other forms of life. We can vote, floss, do complex math, knit sweaters, and create origami. At least some of us can, that is. Of course, being superior doesn’t mean we should be bullies who rule the planet with an iron fist. We should seek to treat animals with compassion,  take care of the earth, and defend human life at all stages.

I have a biblical worldview, or a worldview based on the Bible. In Romans 14:5-6, Paul the apostle writes:

The book known by Jews as the Torah and by Christians as the Old Testament has countless verses describing biblical characters offering up lambs for sacrifices, using them for food, and taking their skin for clothing. We can see from those verses that God didn’t have a problem with a fur coat or lamb stew. However, the scriptures reveal that there was one sacrifice God abhorred. Jehovah was continually angered at the Israelites for sacrificing their children to false gods. The shedding of innocent blood through child sacrifice was repeatedly condemned.

Catholic writer Jennifer Fulweir was once an atheist and pro-choice vegetarian. In an article in the National Catholic Register titled “Why I was a Pro-Choice Vegetarian,” Jennifer describes the faulty reasoning behind her former views:

While I donated money to PETA and other animal rights organizations to help save pigs and cows, I also donated money to Planned Parenthood to support the abortion industry. I had not the slightest qualm about the idea of an early-stage abortion. On my spectrum of worthiness of life, adult humans were on the far right side; fetuses were on the left. Unborn humans were somewhere around shrimp and worms in terms of value, because they could not display any intelligence. And so it seemed unfair to ask women to turn their lives upside down for a lifeform that had all the value of a crustacean. Even though it would be years before I would come to see that this entire understanding of human life was founded on a lie, I would occasionally get a glimpse of the chilling implications of this view. For example, one time in college I heard a professor make the statement that it would be more ethical to kill a newborn baby than a pig, since pigs are more intelligent and aware of their surroundings. I scoffed at the absurdity of such a notion. Yet when I tried to argue against it, I realized that he was actually using my own worldview to justify his position.

Bottom line is this, I am pro-human life. I love people. I really like cheeseburgers. I don’t support animal cruelty, but I don’t think it’s cruel to eat animals. Yet when it comes to what’s most important, my time is best spent protecting and defending the lives of little humans. I don’t have a problem eating chicken while I do it.